Will They Do It? 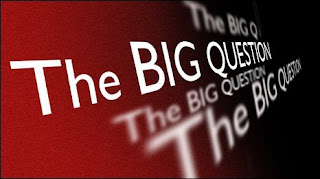 Eugene Robinson writes that many people feared what would happen in the first year of Donald Trump's presidency. It turns out that the year was worse than they feared:

Many of us began 2017 with the consoling thought that the Donald Trump presidency couldn’t possibly be as bad as we feared. It turned out to be worse.

Did you ever think you would hear a president use the words “very fine people” to describe participants in a torchlit rally organized by white supremacists, neo-Nazis and the Ku Klux Klan? Did you ever think you would hear a U.S. ambassador to the United Nations thuggishly threaten that she would be “taking names” of countries that did not vote on a General Assembly resolution the way she wanted? Did you ever think the government of the world’s biggest military and economic power would reject not just science but empiricism itself, preferring to use made-up “alternative facts” as the basis for major decisions?


Perhaps an indication of just how extreme the Trump make over has been is how citizens are placing their hopes on the military:

Since its founding, the nation has treasured civilian control of the military as a restraint on adventurism. Now we must rely on three generals — Trump’s chief of staff, his national security adviser and his secretary of defense — to keep this rash and erratic president from careening off the rails.


It's clear voters can't rely on the Republican Party to keep Trump on the rails:

The president’s Republican allies in Congress, who have the power to restrain an out-of-control executive, have rolled over in passive submission. Many see clearly Trump’s unfitness but continue to support him because they fear the wrath of his hard-core base and see the chance to enact a conservative agenda. History will remember this craven opportunism and judge it harshly.


So, it is now up to "we the people"  to shut Trump down in the mid-term elections. The biggest question in the coming year is, Will they do it?

Americans are at a definitive crossroad, Owen. If they don't realize this and act accordingly, they will truly be a lost nation.

This is an existential moment for them, Lorne. If they fail, the consequences will be catastrophic.

Owen, if you can find an hour and a half, listen to this lecture by Amy Goodman of Democracy Now!.

She discusses many serious issues all the while holding mass media's collective feet to the fire. How can the people make good decisions when the media is being used to manufacture consent? It is the job of reporters to shine light on whatever is happening.

By the way, when Ms. Goodman talked about Donald Trump she left me trembling. Trump is a loose cannon and the so-called "adults in the room" show no sign of controlling him.

I occasionally watch Democracy Now online, Toby. Goodman does excellent work. The world becomes a dangerous place when you turn the nuclear codes over to a five year old.

I doubt it.
Americans are too accepting of the way its systems operate.
This country's too locked into its own "default" modes.
There's this collective mindset of "No-one can control or change the status quo"---those in charge always have the final say.
Plus most Americans are mainly concerned about simply maintaining their own lives and tending to their own needs and desires as well as the needs and desires of their close family members and closest friends.
Political matters and social trends are viewed as "being out of one's hands" and, essentially, "happening on their own".

I agree, Tal. Most Americans are happy if they've got theirs. It matters not a whit if others aren't quite so lucky.

Trump knows the only way to get the numbers back on his side is to gin up a war against any old foe: China, Russia, N. Korea etc.

Trump needs an enemy,!?. And he sees enemies everywhere.

In early 2017 I was down in Arizona and happened to watch CPAC where a former state governor was being interviewed. She seemed to be quite moderate in her views but there were 2 comments she made that I found most interesting.

1. Speaking of the Affordable Care Act and all the problems both parties had in dealing with it, she commented that they had to figure out a way to carry on with the ACA, but it must be able to operate in the market place! In other words, it must be profitable for corporations. Boggles the mind, it does.

2. That starting in 2017, the US will see approximately 11,000 citizens, PER DAY, retiring and this number is likely to continue for the next 5 years. I believe they were using data based on the number of citizens turning 65 during these 5 years.
Considering that in all probability the majority of these folks will basically rely on Social Security benefits to see them through to end of life, it makes me wonder how these Republican politicians expect the economy to grow when more and more of their population will be living at or below the poverty level. Especially since the fallout of 2008, they seem to rely mostly on consumer spending to support any perceived economic growth.

Does anything these politicians do make any sense any more??

For an economy to work, Lulymay, the money has to find its way into the hands of the people who will spend it. If you take money out of their hands -- and if it doesn't circulate --things fall apart.