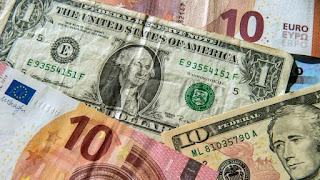 Andrew Nikiforuk believes that Canadian democracy is in trouble. The most recent sign of that fact is the National Energy Board's approval of the Kinder Morgan pipeline:

On Thursday the scandal-plagued federal agency ruled that Kinder Morgan, a U.S. pipeline company that’s the spawn of Enron (remember that tale of corporate corruption) doesn’t have to comply with City of Burnaby bylaws.

The board effectively ruled that there are two classes in Burnaby: those who have to follow the rules and a U.S. pipeline company that doesn’t.

With Trumpian flare the NEB added that it will explain this injustice when it feels like it.


The residents of Burnaby have made it clear that they have no wish to be the terminus of the pipeline. But they have simply been ignored:

Burnaby has been dragging its feet on the Trans Mountain pipeline because its citizens have opposed a project they feel will irrevocably change their community and the province.

The city would be the unfortunate terminus for the $7.4-billion project to triple the capacity of the existing 63-year-old oil pipeline from Alberta.

The NEB heightened public discontent with a string of injustices during public hearings on the pipeline.

The dysfunctional agency did not consider the pipeline’s full impacts on climate change through offshore and upstream emissions.

It failed to examine the full impact of diluted bitumen spills on B.C.’s coast, although the pipeline would bring a sevenfold increase in tanker traffic.

It failed to assess the full economic need for the project.

It failed to even analyze the impact of stress corrosion cracking and its causes and consequences on an aging pipeline.


And then, to add insult to industry, the Trudeau government rubber stamped the NEB decision:

In so doing Trudeau broke election promises and once again ignored the impacts on climate change and First Nations.

Why? To please the totalitarian Chinese government.

The Chinese told Trudeau that they won’t consider a new free trade deal without the removal of investment restrictions and the construction of a bitumen pipeline to the coast.

Canada has become the rarest of democracies: one willing to surrender its sovereignty for a pipeline ferrying a junk crude.


Fortunately we're free of Harper and his mendacious ways. Now we've got us a Liberal prime minister. He'll clean house at that industry dominated National Energy Board. Sure he will. Any day now. What, he won't? He's just a prettier version of Harper? We're screwed?

The faces change, Mound. But the agenda doesn't.

we wont be fooled again, no just knowingly bend over

One hopes so, Steve.

Mr Trudeau needs a little history lesson. A lesson about Clayoquot Sound and the protests that went on during the War of the Woods. Despite the RCMP arresting numerous protesters the protests went on and the Clayoquot Sound wasn't logged by MacMillan Bloedel. Burnaby Mountain and the Kinder Morgan terminal on the Burrard Inlet are far more accessible than the Clayoquot was or is. This isn't over, not by a long shot.

I suspect you're right, perfect.

I can not believe some of the arguments I read online. For example solar panels are more carbon creators than diesel generators. These people will hammer and tong point out every carbon sin necessary to make a solar panel. Then ignore that the diesel engine was not created of whole cloth.

The economics of Bituman as a fuel are total nonsense. But the same people will go on an on about how producing hydrogen is uneconomic.

If we want to be an energy superpower, produce the energy at the soucrce, that makes sense.
Pumping 10 percent of the traffic the wrong way to get this ugly product to market is just
crazy.

We need 'clean growth'. Everything will be ok once the new carbon taxes are put in.
I guess.

We agree on one thing, Steve: Bitumen's days are over.

We'll see, Hugh. The devil is always in the details.