Neither A Science Nor A Theology 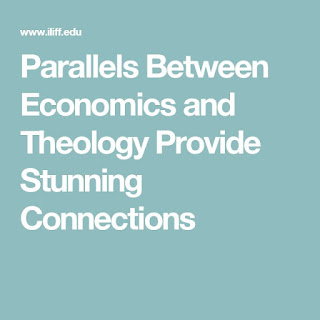 Like Martin Luther five hundred years ago, Steve Keen -- who teaches at the London School of Economics, -- has called for a reformation of his discipline. Larry Elliott writes:

Keen and those supporting him (full disclosure: I was one of them) were making a simple point as he used Blu Tack to stick their 33 theses to one of the world’s leading universities: economics needs its own Reformation just as the Catholic church did 500 years ago. Like the medieval church, orthodox economics thinks it has all the answers. Complex mathematics is used to mystify economics, just as congregations in Luther’s time were deliberately left in the dark by services conducted in Latin. Neoclassical economics has become an unquestioned belief system and treats anybody who challenges the creed of self-righting markets and rational consumers as dangerous heretics.


Neo-liberal -- some call it neo-classical -- economics has assumed theological status. It has become a dogma which is beyond question. But the evidence shows that the models it proposes simply don't work. The new economics should be built on the following principles:

Firstly, listen to consumers, because it is pretty obvious that they are unimpressed with what they are getting. The failure of the economics establishment to predict the crisis and its insistence that austerity is the right response to the events of a decade ago has meant the profession has rarely been less trusted.

Secondly, we should stop treating economics as a science because it is nothing of the sort. A proper science involves testing a hypothesis against the available evidence. If the evidence doesn’t support the theory, a physicist or a biologist will discard the theory and try to come up one that does work empirically.

Thirdly, economics needs to be prepared to learn from other disciplines because when it does the results are worthwhile. One example is the way in which auto-enrolment has increased pension coverage. If humans were truly economically rational, it would make no difference whether their employers automatically enrolled them into pension schemes: they would decide whether to join schemes on the basis of whether they deemed it worth deferring consumption until they had retired. Yet, basic psychology says this is not the way people actually act. They are far less likely to opt out of something than they are to opt into something.

Fourthly, economics needs to be demystified. One of the big battles between Catholics and Protestants in mid-16th century England was over whether the bible should be in Latin or English, a recognition that language matters. The easy part of an economic Reformation is to attack the current establishment; the difficult part is to present a compelling story without resorting to jargon. Control of the narrative – as George Osborne realised when he criticised Labour for failing to mend the roof while the sun was shining – is crucial.


It's high time we stopped worshipping at the temple which Milton Friedman and Fredrick Hayak built. Economics is neither a science nor a theology.

I have been thinkingaboot the same thing for a long time.

Bitcoin
&
Economics
what
Scientology
is to
Religion

It turns out that Marx had things figured out pretty good. Communism will never succed because its against human nature. However a good Northern European socialist system seems to be the correct balance.

Given the terrible consequences of neoliberal economics, Owen, it amazes me that such a tired and patently failed dogma still holds currency. Could it be because much of the media is in the thrall of the neoliberals and hence are the doing their masters' bidding?

The problem, Steve, is that some people think that "socialism" and "evil" are synonyms.

I think it's fair to say, Lorne, that people like Rupert Murdoch have been very influential -- on both sides of the Atlantic.

Owen, Marshall McLuhan was right, "the medium is the message." Our opinions are now being manipulated by bots and algorithms. Take a listen to this CBC Ideas program. Facebook, Google, Apple and Amazon are manipulating our lives and threatening our democracy

Think Huxley not Orwell, Brave New World not 1984. We are being seduced by entertainment presented as news.

Thanks for the link, Toby. As Neil Postman wrote, "We are entertaining ourselves to death."

Taylor Owen has a Web site with an introduction to his lecture. Here's a part:

" . . . is it worth having Facebook on your mobile phone in exchange for the immense tracking data about your digital and offline behaviour? Or is the free children’s content available on YouTube worth the data profile that is being built about your toddler, the horrific content that gets algorithmically placed into your child’s feed, and the ways in which A.I. are creating content for them and shaping what they view? Is the Amazon smart speaker in your living room worth providing Amazon access to everything you say in your home? For me, the answer is a resounding ‘no’. So I have begun to change my behaviour accordingly."

This stuff is serious. We are being tracked in everything we do and subsequently exploited. Democracy can't cope with that.

Point well taken, Toby. There are several Big Brothers that are watching us.