An Ugly And Mean Party 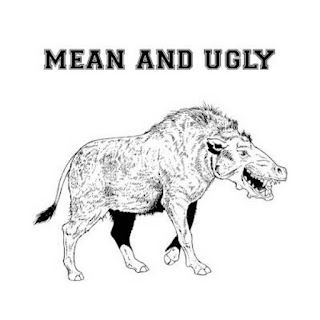 Frank Graves and Michael Valpy have the numbers that tell what has happened to the Conservative Party. They write:

EKOS Research found that four years ago, there was a 10-percentage-point gap between Liberals and Conservatives who selected climate change as the top issue of political concern. That gap is now 46 percentage points.

More than 90 per cent of Canadians who identify with the political centre-left, which is 65 per cent of adult citizens, think that Canada now has a climate emergency (they don’t believe that it’s coming, but that it’s here now.) For people who identify as Conservative or People’s Party supporters, the figure is less than 30 per cent. Four years ago, there was a 20-percentage-point gap between Liberals and Conservatives on trust in science. That exploded to a 40 per cent gap following the last election.

Since 2012, the incidence of Conservative voters who think Canada is admitting “too many” visible minorities as immigrants has swollen from 47 per cent to 70 per cent . Meanwhile, the corresponding incidence of Liberals agreeing there are too many has dropped from 35 to 15 per cent. A modest 12 per cent gap has also expanded to a massive 55 per cent gap.


We are, to put it simply, becoming a much more tribal nation. As in the U.S. and UK, compromise is getting harder to find:

At the opening of the 21st century, almost 50 per cent of Canadian voters said they were neither small-L liberals nor small-C conservatives. Today, those saying “neither” are less than half of what they were 20 years ago—everyone is picking sides.

It means the ability to find centre terrain on the most divisive issues of the day is disappearing. The only path forward for those who win electoral power is to say, “Sorry, you’re wrong, we’re right.” When the gap is this egregious, you have to make choices, producing the predictable toxic backlash among the losers. On climate change, that’s what we see in Alberta and Saskatchewan, and among working class males of all ages with less than university education.

This is not unique to Canada. It’s a new feature of western democracy. You can hear it in post-Brexit England (“Take back control”), in Trump America (“Make America Great Again”), and now echoing in Conservative leadership candidate Erin O’Toole’s proclamation that, with him at the party helm, the Conservatives will “take back our great country.”

As much as the Cons believe Canada is admitting too many immigrants, it should be noted that prior to Trudeau, the highest levels of immigration happened under Big Steve. The Libs are simply continuing and expanding Con policy. Yet somehow, there was no great outcry when Harper was running the show, just as Harper got away with record deficits with nary a murmur.

Take back control is a denial of the legitimacy of another party's governance. It's the sort of rhetoric the GOP has engaged in for at least a generation, and we know where this leads. As you say, it's politics that is ugly and mean.

Having watched what has been going on in Washington, Cap, we should be smart enough to see where all of this leads -- to nihilism and hatred.

I don't understand why this division is happening. Is it fear-mongering? Are people unable to see what is going on, and how this extreme divisiveness is going to tear us apart?

Libertarian propagandists together with an often well-meaning but uncomprehending op-ed industry continue to conflate legitimate concern over the country's immigration rates with tribal aversion to a growing presence of "visible minorities". The opinion shapers should sit back and give the head a shake and the libertarians give over. But I'm sure they won't. To stop manipulating and exploiting sentiment on either or both extremes of any giving question would be inconsistent with both of their playbooks.

Good questions, gdn. My hunch is that fear has something to do with it. Fear short circuits critical thinking.

This is all about manipulating opinion, John. It has nothing to do with logical argument.


With lines like that, the Cons can expect to loose a lot of voters who are people of colour, people who immigrated to Canada, etc.

While those Brits who wanted Brexit and thought all those people of colour would leave: surprise, the majority of them are British citizens and they're going no where. As to those Brits who don't want people from the former eastern block countries, if you don't want them and they leave expect your economy to take a very large hit.

What's driving a lot of this is angry white men, e.a.f. What they don't seem to understand -- or perhaps what they fear most -- is the fact that they are outnumbered -- everywhere.