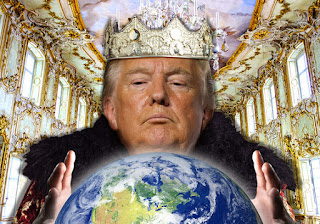 The man who claimed he could shoot someone on Fifth Avenue and get away with it keeps getting away with it. When Republicans voted down the Democratic motion for witnesses and documents, it was clear the fix was in. Lawrence Martin writes:

“Sham” cried the Democrats over and over again as Donald Trump was assured acquittal late Friday on impeachment charges. With the formal vote to exonerate him slated for Wednesday, he’s survived another trauma, the most grave he’s faced.

Next to sham, “coverup” was the most operative word in the Congressional corridors following the vote to disallow witnesses. Senate minority leader Chuck Schumer said on Wednesday that the country was headed for “the biggest coverup since Watergate.” Watergate legend Carl Bernstein echoed the sentiment. Referring to the reputation of the senate as the world’s greatest deliberative body, he said, “What a joke.”

Indeed it was. The Republican senators, at the behest of their leader, defied 75 per cent of Americans who, according to polls, wanted witnesses. Such witnesses, denied by votes from no less than 51 of the 53 Republicans, would surely have offered incriminating evidence of Mr, Trump’s plot to have the Ukraine government investigate his political rivals. The witnesses would have made it more contemptible for his Grand Old Party toadies to acquit him.


But look at the numbers. MSNBC reports that the 49 senators who voted for witnesses represent 20 million more Americans than the 51 senators who voted to suppress them. Thus, Trump's defence -- when the president does it, it's legal -- has become a precedent. When Richard Nixon used that defence, it was a joke. You see the problem.

The Republic now hangs by a thread. American voters have one last chance to save their republic -- nine months from now.

Image: MarketWatch
Posted by Owen Gray at 9:42 am

Libertarians have been rationalizing this type or deceit for two or three generations now. What's changed is that they don't try to hide it anymore. They put their shit spewing spokes-wankers on TV to brag about it, and the idiots who think they're on the team lap it up and can't get enough.

I'm continually amazed, John, at how easily people can be conned.

.. the die is cast .. whomever said 'nay' to additional witnesses or defends the decision.. or blames or 'thinks' .. or - or .. (pick your choice of deflection or pretend defence of an undefendable reality) is locked in to the history books. Whatever happens now, no matter who's fault, those Senators 'own it'. Their crime ? Being caught as hystericals at a historic time. Leader of the Loser Legion of Confounded Trumpists of course Mitch McConnell.. Leslie Graham Arch Bishop..

Do you mean Lindsey Graham, sal?

This maybe the end of democracy as the Aermicans have know it. As to your suggestion Americans may be able to change things in 9 months when they vote. We really can't say that with any certainty. Some maybe able to vote but disenfranchisement has been a growing thing since Shelby County won their court case to have some sections of the american Voting Right Act removed. One state had as many as 700K removed from the voter rolls.

None should expect the actual election to be normal in any way shape or form. We can only be thankful we live in Canada.

We'll have to see if Americans understand how dire their situation is, e.a.f. And you're right. We have our problems; but I'm grateful we live north of the American border.