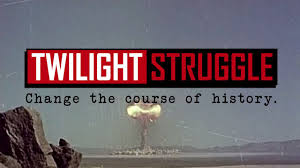 Chris Hedges writes that the election of Donald Trump signals the triumph of a New McCarthyism. The moment has been forty years in the making:

The late Lewis Powell, a general counsel to the U.S. Chamber of Commerce and later a Supreme Court justice, in 1971 wrote an eight-page memo outlining a campaign to counter what the document’s title described as an “Attack on American Free Enterprise System.” The memo established the Business Roundtable, which generated huge monetary resources and political clout to direct government policy and mold public opinion. The Powell report listed methods that corporations could use to silence those in “the college campus, the pulpit, the media, the intellectual and literary journals” who were hostile to corporate interests.

Powell called for the establishment of lavishly funded think tanks and conservative institutes. He proposed that ideological assaults against government regulation and environmental protection be directed at a mass audience. He advocated placing corporate-friendly academics and neoliberal economists in universities and banishing from the public sphere those who challenged unfettered corporate power—especially Ralph Nader, whom Powell cited by name. Organizations were to be formed to monitor and pressure the media to report favorably on issues that furthered corporate interests. Pro-corporate judges were to be placed on the bench.

Academics were to be controlled by pressure from right-wing watch lists, co-opted university administrators and wealthy donors. Under the prolonged assault the universities, like the press, eventually became compliant, banal and monochromatic.


Looking back, it's easy to trace Trump's rise. The future looms large, ugly and cloudy. But it will not be sanguine.

Trump and his Christian fascist minions, sooner than most of us expect, will seek to shut down the small spaces left for free expression. Dissent will become difficult and sometimes dangerous. There will be an overt campaign of discrimination and hate crimes directed against a host of internal enemies, including undocumented workers, Muslims, African-Americans and dissidents. The Christian right will be given a license to roll back women’s rights, insert their magical thinking into school curriculums and terrorize Muslims and the GBLT community. The Trump administration will hand our Christian jihadists a platform to champion a repugnant religious chauvinism that fuses the symbols and language of the Christian religion with American capitalism, imperialism and white supremacy.

Repressive measures, I expect, will be implemented swiftly. Speed blinds a captive population to what is happening. Already anemic democratic traditions and institutions, including the legal system, the two major political parties and the press, will crumble under the assault. Trump will use the familiar tools that make possible the authoritarian state: mass incarceration, militarized police, crippling of the judicial system, demonization of opponents real and imagined, and obliteration of privacy and civil liberties, all foolishly promoted by the political elites on behalf of corporate power.

We must begin again. Any hope for a restoration of civil society will come from small, local groups and community organizations. They will begin with the mundane tasks of holding back the expansion of charter schools, enforcing environmental regulations, building farmers markets, fighting for the minimum wage, giving sanctuary to undocumented workers, protesting hate crimes and electing people to local offices who will seek to mitigate the excesses of the state.


It will be, in John F. Kennedy's words, "a long twilight struggle."

Email ThisBlogThis!Share to TwitterShare to FacebookShare to Pinterest
Labels: The New McCarthyism

.. I see the Donald more as a stupid wealthy valet or doorman.. and emphasis on the stupid as well. Don't need to get into detail re what a fabrication his schtick, narcissism & smug self congratuling is. If anyone personifies 'fake news' in North America.. its Donald Trump.

But now he'll spew his nonsensical ravings, while holding the White House doors open to the worst of the worst carpetbaggers, creeps, phonies, crooks & liars. They'll skin the asshat alive, wring every single drop of 'juice' from a 4 year window of opportunity. Donald won't be around in 4 years.. likely off to greater monetary adventures.. not for him the extended grunt work of defending democracy, the unemployed, the poor, the minorities, the aged or the very young. And that lickspittle cadre of advisors & Secretaries.. will build dumptruck size ramps in/out of the Trump Trough - the better to loot & pillage.. The ideological jackals will be busy too. the likes of Bannon et al..

Trump & his precious family can preside over the Fall of the American 'Empire' - a First Family of Finks & Stupidos .. It will be a beautiful thing.. money for nothing & your chicks for free.. grab em while you can, wherever you can.. a four year frenzied free for all of greed, deceit, denials, distraction, destruction.. that unfortunately will have a zero legacy for the suckers who fell for the cock n bull conniving jackassery of a realty buffoon reality tv loser

"Trump and his Christian fascist minions, sooner than most of us expect, will seek to shut down the small spaces left for free expression"

I say this as a lefty, we already did that by hyper PC politics, we set the presidence for hyper controlling anti science bullshit, from pushing extreme and none sensical levels of Political Correctness on college campuses to the point where many comedians simply avoid them, to a war on generic enigeering research that could help save the planet and human lives, kangaroo courts for those accused of sexual assault on campuses, etc...

So if the right will now do their own version of that, we ask yourself who tilled the soil and made university administers too meek to stand up to it and for intellectual freedom.

We sowed the wind and shall reap the whirlwind as they say.

Hopefully the left will be far stronger and focused after all the idiots are pushed out during this purge.

I fear that things will get very nasty, Gyor.

Trump's strong suit is the con, salamander. And he'll do what he has done his whole life -- laugh all the way to the bank.

It does feel Owen as if we are entering a new phase with Trump as President. It feels as if something is coming to an end.

Maybe it is simply the mask of civility that has covered so much corruption through the years,is starting to slip, revealing a cruder more vulgar President.

It strikes me, Pam, that what's changed is the character of the man who occupies the office. He's utterly shameless. What should make him blush doesn't. He is entirely without a conscience.

My sister-in-law very recently returned from a cruise around the Caribbean, Owen. Sitting at a 'communal' dinner table each evening, she was exposed, almost relentlessly, to a strong cadre of Americans who insist that Trump is a successful businessman who will set things right in the world. To be surrounded by such profound and extensive ignorance was disheartening for her, and I suspect it is also an omen paving the way for the very things Hedges warns about in your post.

We have friends whose son and daughter-in-law have recently moved to Florida. Their daughter-in-law is Japanese. She was recently told to go back where she came from. A sign of things to come, Lorne.

I see Trump as the listeria in the submarine sandwich. With his choice of cabinet nominees there's every indication that he'll be a powerful catalyst for both unrest and repression that could leave American society irreparably fractured.

I've spent the past couple of days looking back at the ideology and tactics of terror. It strikes me that Trump will present a lightning rod for attacks on the United States. A key tenet of terrorism is to exploit divisions between authority and populace in targeted states by goading the unpopular government to repressive excess against the civilian population. Trump is easy meat for these button pushers. His temperament is to succumb to anger and hasty response. A guy who can't resist angry, middle of the night, tweets over an unflattering SNL parody is definitely not the guy who want entrusted with the nuclear codes.

I agree, Mound. Trump doesn't know the meaning of "a measured response."