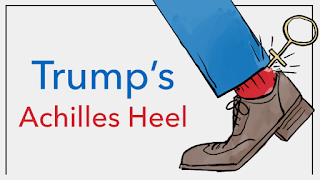 Wesley Wark writes that Donald Trump should not ignore the reports about Russian cyber activity during the last election:

The epicentre of concern over Russian cyber aggression, for the foreseeable future, is going to be the United States. The reason is that the issue has now become highly politicized, with Mr. Trump denying the validity of any claims about Russian electoral meddling and casting aspersions on the credibility of the Central Intelligence Agency, a throwback to Richard Nixon’s loathing of the CIA as a bunch of “clowns.”


For Mr. Trump, allegations of Russian interference in the election are a deep blow: to his credibility; to his desire for a much friendlier relationship with Vladimir Putin’s Russia as a hallmark of a new style of foreign policy; and to his control of the machinery of Washington. He has responded in a manner familiar from the campaign trail – by denying and lashing out. These tactics won’t serve him well once he enters the White House.

Wherever the current investigations into Russian cyber disruption of the U.S. election ultimately lead, President Trump will have to confront two realities. One is that the United States is a major target of cyber attacks from foreign actors, both state and non-state, and as Commander-in-Chief he will have to come up with ways to strengthen cyber defences and make tough decisions on the extent to which the U.S. engages in its own brand of cyber offensive attacks.

Despite his claims about his special relationship with Putin, Trump clearly does not understand Putin's Russia:

Mr. Putin runs a security state of a kind very unfamiliar to Westerners. Part of the makeup of that security state is a profound belief that Russia is the constant target of malicious information warfare and intelligence activities conducted by unfriendly Western states.

From a Russian perspective, information warfare and cyber attacks targeting the West are just a form of tit-for-tat, in the Russian lexicon, the “new normal” of international relations. If they can use their power to influence domestic politics in the West, so much the better for them.

Trump's Achilles Heel has always been his ignorance. And you can bet that Vladimir Putin plans to take full advantage of it.

Email ThisBlogThis!Share to TwitterShare to FacebookShare to Pinterest
Labels: Trump And Putin

My problem with this, Owen, is that when it comes to American versus Russian claims I can't tell how much is regurgitated Cold War rhetoric. True blue Cold Warriors never give up, never change their tune; Russia is Communist and therefore bad, period. Further, I can't tell how much of claims that the Russians hacked American computers and interfered in the election have any validity at all. We have been bombarded with so much fake news, including from the White House, the Pentagon and the CIA, for so long that it is hard to believe anything at all. Editorial bias from the likes of the New York Times, Washington Post or Globe and Mail does not help.

What I do know is that having been demonized and their territories invaded by foreign armies, including Canada's, so many times that Russians can be a bit touchy about it. Being encircled by American nuclear rockets cannot make for peaceful discourse.

Your skepticism is natural, Toby. But what is troubling is Trump's knee jerk denial -- the same denial with which he greets the notion of climate change. He keeps insisting that he makes these judgments because he's "smart." My experience has been that someone who keeps telling me he's smart isn't.

I guess we'll have to wait for Felshtinsky to sort this chapter out - that is if he can stay alive long enough and avoid Trump's libel tribunals. RIP Pribylovsky et al.

This story has legs, John. And it's not going away.

Russia has never been a slouch when it comes to the invasion-of-foreign-territories racket and, while we can't ignore and can debate the significance of the enduring contributions of NATO and the alleged post-Soviet swindle to the current state of affairs, it seems to be itching to get back in the game.

From the southern seas to the Arctic coasts: fruit, flowers and music.

I know: a song is just a song and an audience just wants to be entertained.

My apologies for the drive-by nature of this comment.

That little girl is one of the best propaganda weapons Putin has, John.