Turning The Hen House Over To The Fox 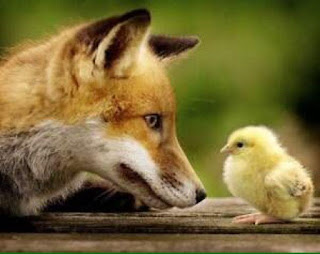 George Monbiot writes that McDonald's has not been good for democracy:

I do not mean that the presence of the burger chain itself is the cause of the decline of open, democratic societies (though it has played its part in Britain, using our defamation laws against its critics). Nor do I mean that countries hosting McDonald’s will necessarily mutate into dictatorships.

What I mean is that, under the onslaught of the placeless, transnational capital that McDonald’s exemplifies, democracy as a living system withers and dies. The old forms and forums still exist – parliaments and congresses remain standing – but the power they once contained seeps away, re-emerging where we can no longer reach it.

The political power that should belong to us has flitted into confidential meetings with the lobbyists and donors who establish the limits of debate and action. It has slipped into the diktats of the IMF and the European Central Bank, which respond not to the people but to the financial sector. It has been transported, under armed guard, into the icy fastness of Davos.


And that phenomenon finds expression in international trade deals:

Above all, the power that should belong to the people is being crushed by international treaty. Contracts such as Nafta, Ceta the proposed TransPacific Partnership and Trade in Services Agreement and the failed Transatlantic Trade and Investment Partnership are crafted behind closed doors in discussions dominated by corporate lobbyists. And those lobbyists are able to slip in clauses no informed electorate would ever approve of, such as the establishment of opaque offshore tribunals, through which corporations can bypass national courts, challenge national laws and demand compensation for the results of democratic decisions.

These treaties limit the scope of politics, prevent states changing social outcomes and drive down labour rights, consumer protection, financial regulation and the quality of neighbourhoods. They make a mockery of sovereignty. Anyone who forgets that striking them down was one of Donald Trump’s main promises will fail to understand why people were prepared to risk so much in electing him.


The rising populist anger around the world is a rejection of the kind of capitalism McDonald's represents. Unfortunately, when nations put men and women like Trump, Putin, Orbán, Erdoğan, Salvini, Duterte, Le Pen and Farage in power, they turn the hen house over to the fox.

The trade deals encourage companies to drop their local responsibilities.

That's because local responsibilities get in the way of global expansion, Toby.

It is indeed sad, Owen, that in rightly rejecting the neoliberal vision and agenda, people feel compelled to pick its polar opposite, these days represented by the lunatic fringe of the right epitomized by people like Trump. When only absolutes exist, either in people's minds or in reality, trouble, deep and broad, is likely to ensue.

The Greek notion of "the golden mean" appears to have gone the way of the dodo, Lorne.

Wisdom is a rare commodity these days, Steve.