The War Against Medicare 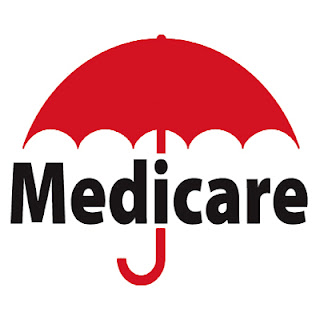 We live in an age where the rich get to buy their way to the front of the line. And, Linda McQuaig writes, they are pushing to have that privilege extended to medical care:

The push for private, for-profit medicine really got going after the Chrétien Liberals deeply cut federal health-care funding in 1995. Ottawa had contributed 25 per cent of total health spending in 1977, but that contribution dropped down to just 9.8 per cent by the late 1990s, leaving the provinces reeling and sending hospital wait-times climbing.

Advocates of private health care eagerly moved in, and have been a loud part of the public debate ever since.


Canadians have long forgotten that, when medicare came into being, it was funded on a fifty-fifty basis -- with costs being shared equally between Ottawa and the provinces. What's interesting is how the costs of care  have changed:

The publicly funded portion of our health-care spending -- doctors' fees and hospital stays -- has remained fairly stable as a percentage of GDP for more than 30 years. What is out of control is the part controlled by the private sector -- drugs, home care, physiotherapy, etc.

If we want to control health-care costs, we should extend the publicly funded portion, not open more services to the private sector. But that would require more public funding, which provincial and federal governments, after years of deep tax cutting, are reluctant to commit to.


The first logical step to curbing costs would be to establish a universal pharmacare program. But Big Pharma is working hard to see that doesn't happen. And advocates for private health care are working just as furiously as climate change deniers. If they can undermine public faith in medicare, they will be home free -- while the planet burns.

Image: rabble.ca
Posted by Owen Gray at 9:04 am

The same old product has simply been re-branded, Mound.

What kind of Medicare cost an 85 year old $80 to go to the hospital and $6,000 a year for pharmaceuticals

Somebody's laughing all the way to the bank, Rafe -- and it's not the senior citizen.

for some reason Owen, I find Trudeau's neoliberal agenda more frightening than Harpers.

as more Canadians have less to spend, they will be unwilling or unable to pay for private health care. They will want to hang on to public health care. In B.C. we do have Dr. Day and his lawsuit along with Premier Christy Clark who has once again increased MSP yes, in B.C. we pay a flat rate each and every month. A couple earning more than $61K a yr will now have to pay $150 per month and that doesn't get you much especially if you live outside the lower mainland. If you live North of Prince George during the Christmas/New year holiday there were no surgeons available. B.C. has fewer shrinks than Alberta. Christy is working real hard to ruin the medical system in B.C.

Trudeau made an offer to the provinces which they rejected, but two Maritime provinces have since agreed to accept. I would suggest the reason the other provinces don't want to sign on is Ottawa decided the money had to be spend on mental health and seniors in home care. Christy clark in B.C. I'm sure wanted to roll the money into general revenue to increase her $2B surplus. Provinces in the past have gotten to decide how they spend the money, if at all. finally Ottawa has said, no more. For those provinces who signed on to the plan, they need the money for the reasons it has been allocated. In my opinion those provinces did what was best for their citizens. the other provinces might want to pay attention because with an aging population and more and more people having mental illnesses, we need to do something. When the City of Vancouver a couple of years ago discovered 40% of all calls were related to mental health issues, it was a wake up call, but the police are still the front line for mental health and with Fent. its also the fire fighters and paramedics.

In B.C. we've had fent. deaths for several years. Now we have over 700 dead last year and not an extra nickel has been put into preventing it beyond some "harm reduction". No increase in rehab or detox beds, when they were needed. Kids are dying of the shit and do you think that Christy Clark opened more beds so kids wouldn't die? Not so much.

Yes, we'd be much better off with a national prescription plan or at least tell the provinces they have to allocate a specific amount of money for free prescription services.

It's an old problem, e.a.f. People want the money; but they don't want to be told how to spend it. And they'll only change their position when they're desperate.