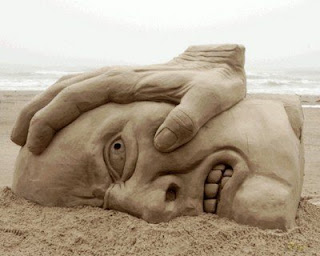 Donald Trump has just about filled his cabinet. And, Henry Giroux writes, it's clear that White Nationalism will be firmly ensconced in the White House. Consider two prominent Trump picks -- Jeff Sessions and Steve Bannon:

Sessions has a long history of racist rhetoric, insults and practices, including opposing the Voting Rights Act and addressing a Black lawyer as "boy." He was denied a federal judgeship in the 1980s because his colleagues claimed that he made racist remarks on a number of occasions. Sessions has also called organizations, such as the ACLU, NAACP and the National Council of Churches "un-American" because of their emphasis on civil rights, which he has portrayed as being shoved down the throats of the American public. He was also accused of falsely prosecuting Black political activists in Alabama for voting fraud.

Sessions' racism often merges with his religious fundamentalism. As Miranda Blue observes, he has "dismissed immigration reform as 'ethnic politics' and warned that allowing too many immigrants would create 'cultural problems' in the country. Earlier this year, he cherry-picked a couple of Bible verses to claim that the position of his opponents on the immigration issue is 'not biblical.'"


Steve Bannon has championed some scary folks and ideas:

Bannon is an incendiary figure whom critics as politically diverse as Glenn Beck and Sen. Bernie Sanders of Vermont have accused of being a racist, sexist, anti-Semite. While the head of Breitbart News, Bannon courted white nationalists, neo-Nazi groups and other far-right extremists. In doing so, Amy Goodman points out, he helped to rebrand "white supremacy [and] white nationalism, for the digital age" under the euphemistic brand of the "alt-right."

Bannon is on record stating that only property owners should vote; stating to his ex-wife that he did not want his twin daughters "to go to school with Jews;" calling conservative commentator Bill Kristol a "Republican spoiler, renegade Jew;" and publishing incendiary headlines on Breitbart's website, such as "Would you rather your child had feminism or cancer?" and "Birth control makes women unattractive and crazy."

One of the founders of the neo-Nazi website, The Daily Stormer, was quoted as saying that Trump's victory has resulted in a "reboot of the White Nationalist movement." The same article also quoted Richard B. Spencer, another prominent figure in the so-called "alt-right" movement, who without apology argues that his organization, the National Policy Institute, is dedicated to "the heritage, identity and future of people of European descent" and that "Race is real, race matters. Race is the foundation of identity." This is simply neo-Nazi dribble dressed up in the discourse of difference. There can be little doubt that these antidemocratic and racist tendencies will play a major role in shaping Trump's presidency.


Then there is Rick Perry, the new head of the Department of Energy, who is on record as favouring the department's abolition.  And, of course, there is climate change denier Scott Pruitt at the EPA. It's clear that the United States is about to receive a major dose of repression:

The call for regime change, a term used by the White House to designate overthrowing a foreign government, seems certain to intensify under Trump's administration. This means a more militant foreign policy under Trump. But it also signals a domestic form of regime change as well, since this authoritarian neoliberal government will deregulate, militarize and privatize everything it can. With this regime change will come the suppression of civil liberties and dissent at home through the expansion of a punishing state that will criminalize a wider range of everyday behaviors, expand mass incarceration, and all the while enrich the coffers of the ultra-rich and corporate predators. The hate-filled discourses of intolerance, chauvinism and social abandonment are already creeping further into the ever-widening spheres of society bent on blending a militarized war culture with a totalizing embrace of corporate capitalism.


And today the Electoral College will make it official.

Image: Self Archeology
Posted by Owen Gray at 9:08 am

"Those whom the gods would destroy they first make mad."

What we have now is a "unified" Republican government. The Republicans hold the House, the Senate, and the White House (with the Supreme Court thrown in for good measure).

Yesterday I put up a post on three previous times this has happened and what befell America - the Panic of 1907, the Great Depression, and the global meltdown of 2007-2008. Add to this one period in which the GOP held extended control of the House and that ended with the Dot.Com bubble and collapse.

In short, it's a 4-0 record, a century-long romp through the annals of fiscal madness and ruin. The difference is this time we have an executive branch that is mad as a hatter, stuffed to the gunwales with conspiracy theory lunatics, thugs, reprobates and a president with very deep seated psychological maladies.

In his excellent 2005 book, "American Theocracy," patrician Republican stalwart, Kevin Phillips, explored how every dominant economy/empire of the last three centuries had risen and fallen. He showed how they had started as agricultural societies that progressed to industrial/manufacturing powerhouses which led them to expand abroad in search of new markets and more trade.

Then, at the zenith of their power, each chose to abandon their core economy, manufacturing, in search of even more lucrative returns offered by a financialized economy, a FIRE (finance/insurance/real estate) economy. They each decided to offshore their manufacturing base. In the process each dominant economy/empire unwittingly used its wealth to grow its successor's economy.

For a number of years the "rentier" economy flourished generating great wealth for an elite segment but then seismic economic events happened, as they always do from time to time. Phillips shows that a manufacturing economy is by far the more resilient to recessions and recovers the most quickly and fully. FIRE economies, by contrast, and less resilient, slower to recover and rarely do they recover fully. The Achilles' Heel, however, is that FIRE economies soon weaken to the point that they're unable to recover adequately and then the transition to a new dominant economy/empire occurs. Unfortunately it's not always a peaceful transition.

Look at the events that have occurred since America shifted to a FIRE economy - the Savings & Loan bubble, the Enron/WorldCom crisis, the Dot.Com bubble, the calamitous Housing Bubble. Each has delivered a body blow sapping America's economic resilience.

And now we have the servants of what James Galbraith calls the "looter class" in control of the executive, the legislative and the judicial branches of government. The "checks and balances" are of no moment.

Using the past four incidents I mentioned earlier and applying Kevin Phillips' model, we may have arrived at the junction of America's irreversible decline when it, of its own volition, topples from the throne. It's been a while coming.

Your post was excellent, Mound. The evidence is incontrovertible. As Santayana said, "Those who refuse to learn from history are condemned to repeat it." Phillips is a rare Republican. He's learned from history.

Owen, the convential wisdom is that its going to be a Harding shit show. I really think and call me niave these guys want to fix America and know they are the problem.

I'm sure they think they know how to fix the problem, Steve. But all indications are that they don't understand the problem.

They've been aware that they were the problem for a long time now. You can't possibly think being in a cabinet composed entirely of billionaires who all got that way by gaming, manipulating and corrupting the system is going to bring about a change of heart or a sudden conversion to democratic altruism.

Wait for Putin to hold off retaliating against Turkey until after the inauguration and Trump to violate article 5 of the NATO treaty. Then we'll see what has been wrought.

A man like Trump -- who has a very short attention span -- has a tough time with complexity. And that's what he'll face, Dana -- complex problems. Things do not bode well.

About three years ago Glenn Beck broadcasting from Seattle said .
Who will throw the first stone!! in a broadcast that was obviously meant to inflame tensions between the right and left wing politics of the USA.
In short Beck was provoking an insurrection within the USA.

Now Beck calls out Steve Bannon for being too extreme?

The world is in deep do do folks..

A man like Trump -- who has a very short attention span .

Trump is likely to try and run the Government as a business.
We all know it does not work that way.
How much damage will be done before he is called to task is anyone's guess.
I doubt he will fulfill his first term.

Not only does he have a short attention span, TB, but he's also appallingly ignorant of the U.S. Constitution. Those to deficits are bound to get him in deep trouble.

Trump is as dumb as a sack of hammers but don't underestimate his capacity to manipulate those around him, play mind games and turn people against each other. That is his forte. The abilities of narcissists to do this can be nearly uncanny and he is a textbook narcissist. There is a narcissist survivor movement going on, started by people unfortunate enough to have narcissists as parents and they know more about the daily functioning of narcissists than most mental health professionals.

Trump knows how to play people for suckers, ffd. We'll see how long that lasts. Up until now, he's pulled a lot of wool over a lot of eyes.