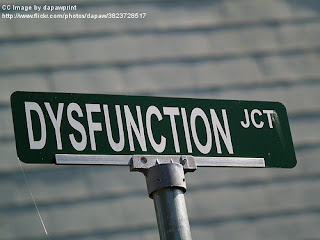 For two decades, Joe Stiglitz  has argued that the prevailing economic orthodoxy is pure folly. In this week's Vanity Fair,  he dissects Trumponomics and concludes that it -- like the man himself -- it's a fraud.

Consider Trump's plan to build infrastructure. It will be privately financed and supported by tax cuts. One of the major sources of capital will be hedge funds:

America has a major infrastructure deficit. Both Hillary Clinton and Trump recognized this. Trump’s plans for $1 trillion in infrastructure investment seem grandiose, but as with so much of Trump’s program, there is less here than meets the eye. His infrastructure program is supposed to be financed out of an 82 percent tax credit to hedge funds and others who undertake this investment. But unless one is willing to be patient—to wait three to six years—one has to rely on the long discredited “shovel ready” projects, which may create jobs willy-nilly, but won’t constitute the strategic infrastructure revolution the country needs.


To see how the game is played, at our expense, let’s assume that a trillion dollars actually goes to new investment (an unlikely assumption). If the government itself had made the investment, the annual cost to the taxpayer would be $20 billion, assuming a 2 percent interest rate. Now assume that hedge funds borrow 80 percent, adding in $200 billion of their own money. But with the 82 percent tax credit, the Treasury is out $820 billion.

Trump promises to bring back jobs to the United States by slapping tariffs on imported -- particularly Chinese -- goods:

The real danger, however, is that Trump is edging America towards a trade war, a war in which we—and the rest of the world—are all likely to be losers. One of the oldest principles in economics is that of comparative advantage—if each country produces the goods in which they have a comparative advantage, each country will be better off. During the past few decades there was a bipartisan failure in not recognizing that even if the country as a whole is benefitting from trade, some groups may lose out—but the fault lies especially with the Republicans, who resisted any form of assistance to those whose jobs were lost as a result. That said, cutting off trade will result in a weakening of overall G.D.P.

But matters are worse: markets on their own are not good at making smooth adjustments, and learning to live without imports, or to live with much higher prices for imports, will not be easy. More jobs will be lost as the country loses comparative advantage across a wide swath of products. Without access to competitive imports, our exports themselves can’t compete. American workers will again lose twice: first because of the loss of jobs, and second, because of the higher prices for consumer goods.

American workers may be deceived by Trump’s blustering; and they may trust that our governmental institutions will prevent him from doing anything totally irresponsible. But foreign governments are likely to be less trusting—and less forgiving. They may resort to international laws and agreements that we have signed—and from which we can disengage ourselves only slowly, and at significant cost.


Donald Trump may be the most ignorant man ever to occupy the White House. Be that as it may, one thing is certain: his economic policy is as  utterly dysfunctional as the nation he is about to lead.

Email ThisBlogThis!Share to TwitterShare to FacebookShare to Pinterest
Labels: Trumponomics

On a smaller but similar note, Owen, our own neoliberals in office are planning something similar that will advantage private enterprise at the taxpayer's expense: https://www.pressprogress.ca/liberals_redirect_15b_to_infrastructure_projects_that_generate_revenue_for_private_investors

Thanks for the link, Owen. In the final Bush years I did a photo gallery of the Bush/Cheney administration that I titled "The Wrecking Crew." I thought that bunch was as bad as it could ever possibly get. Plainly I was wrong. America in the grip of hubris handed this guy the reins. On the 20th, nemesis shows up. It always does.

Indeed, Lorne, Trudeau's infrastructure bank sounds suspiciously like the Donald's Be Kind To Billionaires Scheme. The disease is running rampant and no one seems to be willing to eradicate it.

What is so mystifying, Mound, is that -- nemesis aside -- the pattern continues. It's insane.