Californians Know A Con Job When They See One 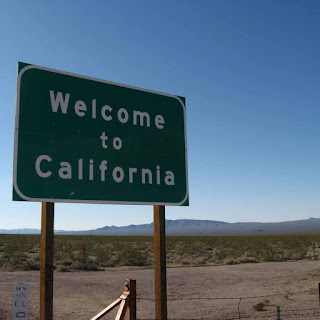 Around the world, Neo-liberalism is triumphant -- but not everywhere. Robert Reich writes that, in the recent American election, California -- which used to be a pilot project for Milton Friedman's economic prescriptions -- overwhelming rejected Donald Trump:

In sharp contrast to much of the rest of the nation, Californians preferred Hillary Clinton over Donald Trump by a 2-to-1 margin. They also voted to extend a state tax surcharge on the wealthy, and adopt local housing and transportation measures along with a slew of local tax increases and bond proposals.


Perhaps that's because Californians know something that the people in Trump's Heartland don't understand. Consider:

For years, conservatives have been saying that a healthy economy depends on low taxes, few regulations, and low wages.

Are conservatives right? At the one end of the scale are Kansas and Texas, with among the nation’s lowest taxes, least regulations, and lowest wages.

At the other end is California, with among the nation’s highest taxes, especially on the wealthy; toughest regulations, particularly when it comes to the environment; most ambitious healthcare system, that insures more than 12 million poor Californians, in partnership with Medicaid; and high wages.

So according to conservative doctrine, Kansas and Texas ought to be booming, and California ought to be in the pits.

Actually, it’s just the opposite.

For several years, Kansas’s rate of economic growth has been the worst in the nation. Last year its economy actually shrank.

Texas hasn’t been doing all that much better. Its rate of job growth has been below the national average. Retail sales are way down. The value of Texas exports has been dropping.


California has rejected neo-liberal orthodoxy. And that rejection has made all the difference:

California leads the nation in the rate of economic growth — more than twice the national average. If it were a separate nation it would now be the sixth largest economy in the world. Its population has surged to 39 million (up 5 percent since 2010).

California is home to the nation’s fastest-growing and most innovative industries – entertainment and high tech. It incubates more startups than anywhere else in the world.


Californians have their problems. When it comes to climate change, they are enduring the brunt of Nature's assault. But the state -- whose population is larger than Canada's -- knows that Neoliberalism is a con job.

Email ThisBlogThis!Share to TwitterShare to FacebookShare to Pinterest
Labels: The California Model

thanks for the post, Owen. Reich is someone I have a deep respect for; he is not afraid to challenge conventional neoliberal thinking, and with his impressive economics and political experience, he is surely a force to be reckoned with and listened to.

And a big driver there, regarding all the state level things you mentioned there has been the hard-headed progressive pragmatism of the second coming of Governor Moonbeam.

It's quite remarkable actually and should serve as a blueprint for many.

I've always been impressed with Reich, Lorne. He's an academic who knows his stuff -- and he has a terrific sense of humour.

People have short memories, Ross. There was a time when California was in deep trouble. Jerry Brown knew how to get the state out of the mess it was in.

One day the Big One will hit all along the San Andreas and San Juan faults, neatly carving off California, Oregon, Washington and BC from the continental US and Canada. Then we can tell the rest of Canada where to shove their pipelines and form a new country. Oh, to dream.

Unfortunately, this integrated global economy that Trudeau, like his predecessors post-Mulroney, bought into isn't readily shed to make way for a new economic model even after it's been disproved as a failed ideology. Academics, senior bureaucrats and private sector financial wonks have built their careers preaching the gospel and won't readily let go.

The honest ones, people like Stiglitz and Galbraith among many others, expose the glaring fallacies. Yet what seems to be holding us back is fear of the unknown and a shocking lack of vision. Our leaders simply can't see past neoliberalism, can't imagine something else that might be better. Vision is in short supply these days and that applies to many areas beyond economics - dreadfully serious areas such as climate change.

The way forward may lie in going back, undoing the neoliberal trade regime. The strongest argument against it is the groundless notion that a reversion means protectionism and that is destructive. That's simply nonsense. Every successive, dominant economy, the Dutch, the Brits, the Americans, came to prominence precisely because they grew their economy through protectionism. Canada only escaped Britain's efforts to keep us as their captive supplier of raw materials and buyer of British goods by implementing industrial protectionism. This unsophisticated, absolute condemnation of any degree of protectionism is a grand lie.

However, if we remain enslaved to failed ideology and fabrications, we'll continue to see our economy - in one of the most geographically and resource advantaged nations on Earth - just steadily decline.

Neoclassical economics, which some are now calling a "mental illness," is okay for creating business models but is not suitable for national decisions on economic and monetary issues.

Unfortunately, Mound, mental illness passes from one generation to the next.

Must be. I recall learning the Cons spent the first 40 years of Confederation fighting for Free Trade. In 1845 Nelson A. Rockefeller, head of the C.I.A., had it on his "to do" list. And in 1993, the Canadian electorate destroyed Kim Campbell's P.C. party when it ran on Free Trade and G.S.T. ( God Save the Tories. Remember ? ) And then the Lie-berals put aside their little Red Book of election promises to implement the failed P.C. platform.
When the Crow rates disappeared, cost to market for goods instantly put in country trade at a cost disadvantage compared to north-south flow. It has bled us dry, even as subsidized US farming has killed Canadian independence with longer US growing season and lower distribution costs for implements and supplies.

Memories are short, opit. No one remembers John A. Macdonald's National Policy.

California dreaming. They live in a world where no one talks about the weather, that makes time
for progress.

The smog used to be unbearable, Steve. But thanks to the regulation of automobile emissions, things have gotten better.

Steve, "They live in a world where no one talks about the weather"? Where have you been these past several years? California is beset by several major weather/climate crises. You might have heard of their massive heatwaves or their megadrought or their wildfires. The Californians I speak with talk about their weather - a lot. You must be thinking of some other California in some alternate reality.