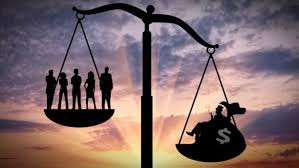 The average price of a house in Toronto is now over a million dollars. Even in our rural community in Eastern Ontario, house prices are soaring. Robin Sears writes:

My parents bought a house in the early 1960s for less than $25,000. They sold it a quarter-century later for more than 30 times that amount. Compounded interest in any long-term investment would have been hard pressed to deliver that enormous increase. We bought a house in the 1980s for $250,000. It was recently sold by new owners for over $2 million, an eightfold increase. Two deep recessions later made its return much less impressive.

Now another real estate rocket has taken off. Today’s stats, soaring higher daily, are unhelpful in assessing future damage — as is discounting for inflation retroactively, as it has pushed mortgages from 18 per cent to less than four per cent. Two anecdotes may provide a hint about the risks. A country neighbour has watched a property they bid on double in value in just two years. There are estimated to be more than 27,000 empty homes in Canada today, snapped up by foreign investors, many of them regularly flipped to future non-residents.

We sold our house four years ago and moved into a condo. All three of our children are working, but two of them don't have pension plans. We're hoping that the profit from our house will provide for them in the future. But, when it comes to the Canadian population in general, things look much bleaker:

We are on the edge of a much larger compounding threat to social stability: inheritance. Thomas Piketty, the radical French political historian, was among the first to remind us that until the 19th century, the only certain way to get rich was not innovation, trade or even larceny. It was to marry money or to inherit it yourself. That rigid social immobility won’t return, but millions of citizens inheriting large sums will deepen and widen the wealth gap.

My generation will pass many trillions of dollars to our children. Estimates vary widely, between $50 and $80 trillion dollars, in Canada and the U.S. Generation X and millennials make up somewhere from eight to 10 million Canadians, depending on how you count. The arithmetic thus becomes astonishing. Taking the midpoint of both ranges means that many of them will be handed more than half a million dollars over the next two decades.

Many of the millennials among them — by far Canada’s poorest generation — will become overnight millionaires. Those without property-owning parents will remain among the poorest. Many factors can nudge these sums up or down: recessions, pandemics, inflation. But if today’s real estate boom continues for only a few more years, all these estimates will be far below reality and the real inequality impact. We know who the likely beneficiaries and the losers are, however. If you are a white university grad and living in a big city, you are much more likely to be a winner. If you’re not…

In addition, we are soon to emerge from the greatest wealth destruction event for low-income Canadians: the pandemic. As Bank of Canada governor Tiff Macklem said this week, “We are in the sharpest and most unequal economic cycle of our lifetime.” A raft of connected policy initiatives are needed: serious financial disincentives to non-resident home buyers and on those holding vacant homes; measures to cool housing prices including mortgage restraint, higher transaction fees and greatly increased affordable housing; inheritance taxes and taxes on capital gains that are less inequitable to wage earners.

This Darwinian approach to home ownership is toxic. I believe it was the Swedes who, some 20 years ago, recognized home ownership as a right. They chose to regulate house prices to drive out the nemesis of their day, speculators, by taxing back most if not all profits from flipping properties. They encouraged as many as possible to acquire a principal residence. If you sold your house you had a year to purchase a new residence. If you downsized the profits would be taxed as capital gains. If you bought a house of equal or greater value, there would be no tax exigible. If you didn't buy a replacement, the profit on the sale was fully taxed. The rules were created to disincentivize speculation, flipping.

We lose sight of the regime in place for centuries past. Wages were fixed, no annual pay raises. You could earn more from becoming more expert at your trade, more productive but one was tied to the other. Likewise the price you paid for a house was the price you got when you sold it. The Swedes knew they could never go back to that world but they recognized the need to rein in the excesses.

We have chosen to tax labour more than wealth, Mound. And, in doing so, we have turned the world upside down.