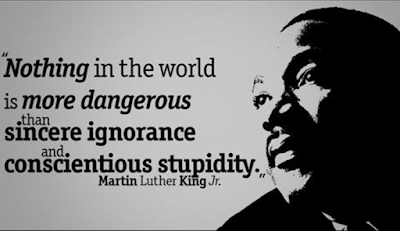 Only a quarter of U.S. students are proficient in civics, according to the National Assessment of Educational Progress. And apparently, the right wants to keep it that way.

Civics education used to part of the American curriculum. Now, two Republican senators -- John Cornyn of Texas and Tom Cole of Oklahoma -- are sponsoring a bill that would authorize one billion dollars a year to improve civics education in the United States. The Right has erupted:

The Post’s Laura Meckler reported over the weekend, “Conservative media and activists are pelting the Republicans who support the bill to abandon it. They call the grant program a ‘Trojan horse’ that would allow the Biden administration to push a liberal agenda.”

Conservative writer Stanley Kurtz told Breitbart News that the bill would promote a “woke education” and a “Marxist-based philosophy” in which “teachers are forced to indoctrinate students with ideas like ‘systemic racism,’ ‘white privilege,’ and ‘gender fluidity.’ ” Kurtz wrote in National Review that the civics bill will promote a curriculum “built around radical Critical Race Theory.”

In reality, the civics bill does no such thing. The “Civics Secures Democracy Act” specifically states that it doesn’t “authorize the Secretary of Education to prescribe a civics and history curriculum.” That’s up to state and local leaders.

But the plain text of the bill didn’t stop Kurtz and his allies from spinning a conspiracy theory, based on their objections to another, unrelated grant program. (For that program, the Biden administration cited the New York Times’s “1619 Project” in touting the importance of teaching about the consequences of slavery.) So, now, it’s a safe bet that congressional Republicans will in large numbers oppose a bill promoting nothing more nefarious than civil discourse, voting, jury duty and volunteering.

Ignorance is the Right's best ally. And they will do everything they can to support that alliance.

One further note: I have recently readjusted the settings at Blogger and added an extra level of virus protection to this blog. If you continue to receive messages that this site is  unsafe, please let me know.

Email ThisBlogThis!Share to TwitterShare to FacebookShare to Pinterest
Labels: The Right's Fight For Ignorance

I'm not sure how far any civics education will go in combatting ignorance, Owen. It seems to me that inculcating critical thinking is the only way to counteract the nonsense spouted by the right.

Neil Postman was right, Lorne. In his book, Amusing Ourselves to Death, he mourned the inability of Americans to think critically.

The Republican reaction seems in keeping with the descent into tribalism. A party that willfully promotes the Big Lie has to be wary of facts, knowledge and, as Lorne points out, critical thought. You don't want supporters to know lest it expose the contradictions in what they're expected to believe. 1984 was a belief-based society designed to accept without question.

That's entirely on point, Mound. If you start to question, the whole facade crumbles.

When you've been vaccinated with the same phonograph needle, Owen, all bets are off. They're so far behind, they really think they're first.

Delusion is comforting, Lulymay -- and it's crazy.