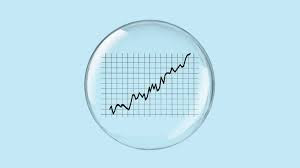 Inflation in the United States is rising. Paul Krugman is circumspect:

It’s true that while almost everyone was expecting a spike in consumer prices, the actual spike was bigger than expected. The one-year inflation rate went above 4 percent, surpassing its previous recent peak, in 2011.

It’s not silly to ask whether unexpectedly high inflation means that the economy has less room to run than both the Biden administration and the Federal Reserve have been assuming; that could be true, and if it were, Biden’s spending plans might be excessive and the Fed might need to consider raising interest rates sooner rather than later.

However, Krugman argues, the inflation numbers are driven by bottlenecks in the economy, not overall inflation:

Sure enough, those April price numbers were driven to a large extent by peculiar factors obviously related to the economy’s restart. When people talk about underlying inflation, they rarely have the price of used cars in mind; yet a 10 percent monthly rise in used car prices — partly because people are ready to travel again, partly because a shortage of computer chips is crimping new-car production — accounted for a third of April’s inflation. There was also a 7.6 percent rise in the price of “lodging away from home,” as Americans resumed going places amid a waning pandemic.

And inflation hawks went wild. Representative Paul Ryan (remember him?) grilled Ben Bernanke, the Fed chairman, over his easy-money policies, intoning, “There is nothing more insidious that a country can do to its citizens than debase its currency.”

The Fed stayed focused on “core” inflation, a measure that excludes volatile food and energy prices and that it (rightly) considers a better gauge of underlying inflation than the headline number. And the Fed’s cool head was vindicated: Inflation quickly subsided, and the dollar was not debased.

Things calmed down. What lessons can we draw from this?

First, you shouldn’t have a hair-trigger reaction to short-term fluctuations in inflation. Second, when you do see a bump in prices, look at the details: Does it look like a rise in underlying inflation, or does it look like a blip driven by temporary factors?

As inflation numbers rise here, we should keep that recent history in mind.

Prices do not move back to previous levels when inflation stops. What happens to the poor and people on fixed pensions? At this present time pensioners in the lowest bracket received a $7.77 increase on OAS........Inflation is at 4%?.......That is a “slap in the face”. Pensioners during this pandemic have been ignored in this country. Those who did not have the resources to save money except for basic needs, need a living wage. There will be more pensioners out on the street in the next few months. This will lead to further use of health systems in this country. Even a country like South Korea takes better care of its elderly. Anyong

What we need, Anyong, is a Guaranteed Annual Income. The CERB moved in that direction. But we still have a long way to go to get there.

1974. There was a different Trudeau in office. Inflation was running wild. It was time for an election. Trudeau, Stanfield and Lewis. The Tory campaigned on wage and price controls. Trudeau revealed his gunslinger pose on stage, "zap, you're frozen," was the line he used to mock Stanfield. Lewis saw the labour vote defect to the Liberals as the best hope to avert a crackdown. Trudeau, with the NDP vote in his pocket, defeated the Tories.

Once the votes were counted I rescheduled a UK vacation. 2 or 3 weeks. I got back to Ottawa just in time to learn PET would be going on the airwaves that night for an important announcement. The anti-inflation board/wage and price controls. The very issue he'd used to pistol whip Stanfield and old Bob's body wasn't even cold yet.

I still don't know how we bought starter homes back then. 14, 16, 18 per cent mortgage financing. Somehow we did. The Federal Business Development Bank financed new ventures on prime plus 3, 4 or 5% debentures. With every fluctuation there would be a wave of closures. I was doing bankruptcy law back then. We did very nicely.

Mulroney continued the inflation obsession but we eventually learned it required a surgeon's hand, not a blacksmith's. Memories fade, lessons are forgotten.

Owen, when I tried to open your site Firefox presented the following message, "Firefox blocked this page because it may trick you into doing something dangerous like installing software or revealing personal information like passwords or credit cards." When I clicked on Details it said, "nor-re.blogspot.com has been reported as a deceptive site. You can report a detection problem or ignore the risk and go to this unsafe site." The same happened over at both Mound's and Lorne's sites. Is someone messing with progressive blogs?

Obviously, Toby, someone thinks all three of us are subversives. Last I checked, "subversive" was not a synonym for "progressive." It's all part of the corruption of our language.