A Cold Lay Up 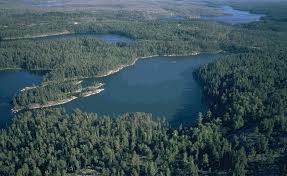 Micheal Harris continues to chronicle the demise of the Experimental Lakes Area.  A poll conducted by Forum Research has revealed that  "a whopping 50 percent of Canadians disagreed with the decision to close down the world’s only whole-lake eco-system experimental facility that has made so many planet-improving discoveries."

So the Harper government has been scrambling, trying to get  a Canadian university -- or a consortium of universities -- to take over ownership of the ELA.  But Dr. Carol Kelly, a former professor of Microbiology at the University of Manitoba, says:

The idea that ELA research is more suitable to universities is incorrect. This is because university funding is always short-term, whereas the whole ecosystem experiments were and are long-term, usually requiring a decade of work. This is because the lakes must be studied before the manipulation is done, during the manipulation, and then after as the lake recovers. So far, government has been the only institution with this type of long-term capability, by making use of a permanent facility and a permanent staff.”


The Harper government, of course, will offer no funding at all.

If a white knight cannot be found, the government has invented a new Orwellian term to describe the mothballing of ELA. It will undergo a "cold lay up"  It sounds so antiseptic, clean and harmless. Actually, the term is yet another example of what comes out of the back end of a horse.

This entry is cross posted at Eradicating Ecocide.
Posted by Owen Gray at 8:44 am

Mr. Harper said we won't recognize Canada by the end of his term. In attempting to remake the Country according to his own whims, he's done me a favour. I know more clearly than ever what sort of Canada I want.

And I assume it's not the kind of Canada Mr. Harper wants.

Somehow the people who agree with you, Anon, have to send Mr. Harper to the showers.