A Mean Place Gets Meaner 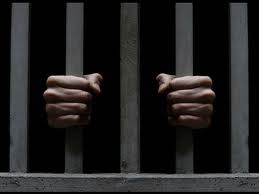 Tondra MacCharles reports this morning that, in Canada's prisons, the number of violent assaults is on the rise:

That’s an increase of 15 per cent in just three years.


During that time, the poplation in Canadian prisons rose from 13,500 to 14,400. And yet Public Safety Minister Vic Toews announced, as part of the Harper government's plan to streamline Corrections Canada, that three prisons will close -- the maximum security Kingston Penitentiary, a medium security Quebec facility, and the Ontario Regional Treatment Centre for the most serious mentally ill prisoners. The government intends to shift the 1,000 inmates affected into other existing institutions.

The prisons in the Kingston area are already 60% double bunked. It's no wonder then that Canada's chief prison investigator, Howard Sapers, reports that "the number of incidents where force was used against federal offenders has increased by 37 per cent in the past five years — to 1,339 in 2011-12 from 975 incidents in 2007-08."

Prison guards are under siege. And the government's new tough on crime legislation means that the population in Canada's prisons will rise.

Welcome to Stephen Harper's Canada. He intends to make it a meaner place. And it keeps getting meaner.
Posted by Owen Gray at 7:59 am

Seems like they aren't taking Socrates's insight (that harming someone doesn't improve them) to heart. But I wouldn't expect them to, given their penchant for "decision based evidence making".

I'm worried about what will happen when all of these people get out of jail (as most of them will).
-mg

Vic Toews should hope and pray that they all don't head for his house.