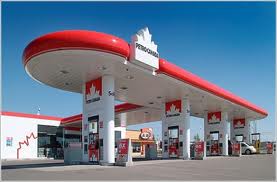 Joseph Conrad was not noted for his sense of humour. But, if he were writing Heart of Darkness at the beginning of the 21st century, instead of at the end of the 19th, Mr. Kurtz' last words might be these. Certainly, China's bid for Nexen Energy is fraught with irony. Jeffrey Simpson writes:

For those with a sense of history, a delicious irony attends the CNOOC bid and the largely enthusiastic reaction it has received from the provincial government and the Alberta oil patch.

Three decades ago, these same voices excoriated the creation of a Canadian state-owned energy company, Petro-Canada, calling its Calgary headquarters “Red Square” and denouncing it as a government-favoured intruder in the midst of free-enterprise heaven. When a Chinese SOE enters the field some decades later, its arrival is greeted with open arms.

Blocking the CNOOC takeover would imperil both the improved relations and the possibility of a free-trade negotiation, something the Chinese government had proposed. Mr. Harper’s government has also boasted about Canada welcoming foreign investment and opposing protectionism – except when it stopped the Australian firm BHP Billiton Ltd. from taking over Potash Corp. of Saskatchewan.


Harper didn't allow a privately owned Australian company into Canada's resource rich economy. Too many votes -- in his own backyard -- were at stake. Who knows what he will do now?
Posted by Owen Gray at 9:17 am

Boy we really couldn't make this stuff up could we? And with the Cons at the helm we don't need to.

As they say, Kirby, truth is stranger than fiction. And things keep getting stranger and stranger.

Unfortunately, I think Harper will find someone like Manley to head a commission which will deliver the results that Alberta wants.

No shortage of people like Manley who did the dirty work for him on the Afghan detainee issue.

Think also about the Mulroney-Schreiber Public Inquiry and the role our current GG played by severely limiting its scope.

Unfortunately, Anon, there are always courtiers who are prepared to implement the king's wishes.

Well. One thing for certain, Harper dares not to use Bruce Carson anymore. You know, the convicted criminal Harper hired. The RCMP are charging him, with influence peddling. Poor old Stevie. He had the gall to say, I don't know why, I didn't know Carson was a criminal. Turns out, Stevie did know and hired him anyway.

It could well be, Anon, that all Steve's chickens are coming home to roost -- or perhaps that should be roast -- him.

Yes it is interesting Harper suddenly is willing to sell anything in Canada to China but unwilling to sell anything else to Australia. If we don't sell to Australia we certainly should not be selling anything in this country to China. They don't play by the rules, have an awful human rights record. Does any body think they won't bring that attitude to what they buy in this country. Stevie slime also signed an agreement which obligates Canada to pay for any damage done to Chinese assets in this country. Very weird.

the natural resources of Canada should remain in Candian hands. No foreign ownership. Perhaps small investments up to 15% but after that, stay out of Canada. We don't need the Chinese government in Canada.

Five years ago China was, according to Harper, a moral reprobate, e.a.f.