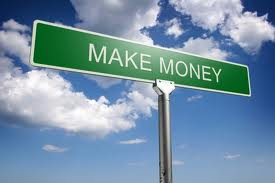 Michael Harris weighs in this morning on China's bid to buy Nexen Energy. Five years ago, he reminds his readers, China was -- in Stephen Harper's lexicon -- the devil's disciple:

There was a time when Parson Harper presided over a morality-based view of “Communist China”, that iniquitous, one-party dictatorship that murdered its own students, threatened Taiwan, and trampled the rights of its citizens. The place that needed nothing so much as an improving lecture from you-know-who. The Bad China.

Under that policy, the Dalai Lama fared well with Stephen Harper. He got an honorary Canadian citizenship back in 2006. He got twice as many private meetings with the PM as Canada’s premiers have so far managed. And Parson Steve blew off official protests from Beijing as if they came from Papua New Guinea instead of the world’s most populous nation.

But, this spring, how things had changed. Harper went to China, looking like Jean Chretien leading Team Canada:

On Harper’s most recent trip, he led a delegation of 40 executives, including Patrick Daniel of Enbridge Inc., and Tom Gitzel of Cameco Corp., the world’s largest uranium producer. The goal was to make a pitch for greater access for Canadian companies to Chinese markets. It would be hard to get less access with only 3 percent of our exports going to China and a whopping trade deficit that doesn’t speak well of Steve’s business acumen. The inevitable banking and insurance conquistadors went along for the ride. They all love the new China policy. They should. They are its true authors and its principle, and possibly only, beneficiaries.


And that's the point. When there's money to be made, Harper bends to the wishes of his real constituency -- big business. And for business -- particularly those business that claim they are hamstrung by environmental assessments -- China is a new paradise:

There is a certain mad logic to the metamorphosis. With boat-loads of oil to sell, what better place to sell it than a country with no pollution regulations, no free elections, and a brutal leadership that doesn’t have to worry about environmental assessments. (Come to think of it, neither does Steve.) And unlike the Americans, the Chinese don’t have to borrow the money to buy our goo. Why, if things work out really well, the Harper government could probably offload mountains of uranium in China – strictly for peaceful purposes of course.


The Harper government claims it acts on principle. The truth is that the only principle it recognizes is profit. And everything  -- and everyone -- is expendable for the sake of profit.

Email ThisBlogThis!Share to TwitterShare to FacebookShare to Pinterest
Labels: Profit Is Everything

Owen I actually met the Dalai Lama in New Mexico and he is an interesting person but not what you would expect.. As a spiritual leader...

Harper got snubbed by Obama on the southern pipeline so being a bully he is intent on fueling China's war machine to pay Obama back...

I'm sure that the Dalai Lama understands what Jack Layton discerned soon after Harper arrived on the scene, Mogs: You can't take Harper at his word.

The Dalai Lama is a spiritual leader; but he understands the way the world works.

I wonder if Obama has Harper's number.

The Conservative Parties policy is to strip Canada of its resources as fast a possible. They seem to not recognize that all resources, no matter how plentiful we think they are, are limited. No won seems to aske what will happen when all the resources are so depleted they are no longer commerical. We need resources policy that will manage the resources so that they will last the longest possible and serve the Canadian people as a whole. Sadly, provinces who own the resources are buying in to Harper's agenda when they should be a limiting force. Canadian resources should be supplying Canadian manufacturing, where they can have the most value added.

Unfortunately, Philip, when it comes to economic development, the Harper government -- like Wall Street -- thinks short term. They don't see beyond the next quarter.

Unfortunately, Harper's long term goal is to entrench that short term vision. Economically, that goal is stupid. But, in the long run, it's also insane.

Harper and his Conservatives, have been nothing other than a litany, of lies, deceit, thefts, corruption, dirty tactics, dirty politics, and I certainly believe, Harper used the robo-call election cheat to win.

However, Harper put one of his own boys into elections Canada, when William Corbett "suddenly resigned". Harper knew he wouldn't win, so he cheated.

Same as the riding election disputes. Harper is appointing, two "NEW" Conservative judges. We all know what that means. Harper is cheating yet again.

Harper is a traitor committing High Treason. Giving the control of the dirty tar sands to Communist China, is Treason. Fadden of CSIS warned, Communist China is making huge intrusions into Canada. He is exactly right. Harper belongs in prison for life.

Harper nixed an Australian bid to buy Potash Corporation, Anon. That was because Saskatchewan premier Brad Wall objected to the takeover of a "strategic resource."

I wonder what Alison Redford will do.

Owen unfortunately for us we have learned that everything that comes out of Harper's mouth you can't trust...

Surely, after awhile, Mogs, Canadians will have the honesty -- and the courage -- to send him back where he came from.