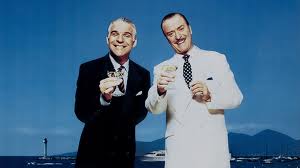 On  July 4th, while the Americans were setting off fire works and putting out forest fires, Jeffrey Simpson reports that Conservative cabinet ministers were crisscrossing the country, making spending announcements:

Denis Lebel, Minister of Transport, was announcing money for John Lewis Industries in La Tuque, Que., at 10 a.m., then hurried along to Saint-Irénée to dump money into Le Domaine Forget de Charlevoix. Gail Shea, Minister of National Revenue and Prince Edward Island’s cabinet representative, was in Abram Village, PEI, at 10 a.m., then at Coleman, PEI, at 2:30 p.m.

Ministers were at such places as Martin’s Family Fruit Farm in Waterloo; the Town of Blue Mountains; Minto, N.B.; Plum Point, Nfld.; Fredericton. Tough as times supposedly are for the federal government, Gary Goodyear, the Minister for the Federal Economic Development Agency for Southern Ontario (an agency created by the Harper government), was announcing a new fund for Southern Ontario businesses.

It is, indeed, curious that a government which claims to be a universal beacon of sound financial management could be working so obviously at cross purposes. But, then, Simpson provides a little historical perspective:

In the 16 years that Conservatives have been in office since 1963, they have run just two surpluses – the first two years of the Harper government. These surpluses were inherited from the Paul Martin government that, together with the previous Chrétien government, ran nine consecutive years of surpluses.

The Harperites took a $13.8-billion surplus inherited from the Martin government and made it a $5.8-billion deficit in 2008. Since then, the Harperites have presided over $111-billion in deficits.


No, the Harperites are not stellar managers. But they are stellar confidence men. And, yes -- as the ascension of Julian Fantino makes clear -- they are mostly men. And, like all good confidence men, they have a gift for sizing up their marks -- us.
Posted by Owen Gray at 8:03 am

Since Harper's so called election win, Canada has become a cesspool of corruption.

It is so right. Harper started with a $13 billion dollar surplus. Harper is trying to take the credit, for Canada's good standing in the recession??? The world knows, it was Paul Martin, that saved our Canadian bacon.

Europe told Harper to go to hell. Europe was already angry with Harper. He gave Europe false statements regarding, the toxicity of the dirty tar oil. The gall of Harper to try and dictate to Europe. They told Harper where to go, and the shortest route to get there.

Absolutely everything Harper has touched, he has screwed up. He is the worst fiscal manager, in the history of this Nation...as well as the worst P.M. Harper has made himself, the laughing stock of the world.

And yet he continues to believe, Anon, that the world is his oyster.

They say that, as a kid, he was self absorbed. Not much has changed.

Ya he, stephen is an introvert that to defend hinself comes out in public as an extrovert and oh what a fool he makes of himself...

It's strange that, for a politician, Harper seems very uncomfortable with most people.

Perhaps he want to get even with us all.