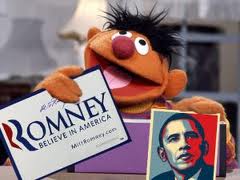 Retroactive retirement! It was a brilliant formulation, perhaps the greatest addition to the political lexicon since “no controlling legal authority.” And it raised tantalizing possibilities: If Romney can do it, perhaps others can go back in time to rearrange events.

George W. Bush could retroactively end his presidency on Sept. 1, 2008, before the financial collapse.


Romney was a very successful businessman. I have no doubt that he is a fine husband and father. But it really is remarkable that, as a politician, he has gotten this far. In his quest for the presidency he  -- or his surrogates -- keep putting their collective feet in their collective mouths.

Romney may complain bitterly about President Obama' s attacks. But his Republican opponents fired at Romney with the same ammunition. Romney's solution was to carpet bomb them with political ads. And that, unfortunately, will probably be what this campaign is all about -- carpet bombing the country with ads.

This entry is cross posted at The Moderate Voice.
Posted by Owen Gray at 8:09 am

The problem for Romney is that if a couple of the allegations turn out to be true he could be facing criminal prosecution while running for president. I would pay to see that show!

Quite true, Kirby. If he wasn't worried about legal problems -- or at least public embarrassment -- he'd release those tax returns.