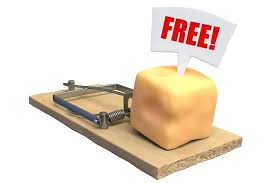 These days, everyone is talking about the rising tide of populism. But, Paul Krugman writes, when it comes to Donald Trump, it's all a scam -- a classic bait and switch. The giveaway is his cabinet appointments:

Both his pick as budget director and his choice to head Health and Human Services want to dismantle the Affordable Care Act and privatize Medicare. His choice as labor secretary is a fast-food tycoon who has been a vociferous opponent both of Obamacare and of minimum wage hikes. And House Republicans have already submitted plans for drastic cuts in Social Security, including a sharp rise in the retirement age.


Their immediate focus will be on "repealing and replacing" Obamacare with something "terrific:"

Converting Medicare into a voucher system would also amount to a severe benefit cut, partly because it would lead to lower government spending, partly because a significant fraction of spending would be diverted into the overhead and profits of private insurance companies. And raising the retirement age for Social Security would hit especially hard among Americans whose life expectancy has stagnated or declined, or who have disabilities that make it hard for them to continue working — problems that are strongly correlated with Trump votes.


The very people who voted for Trump are going to get hammered. And, Krugman warns, the Trumpists will try to shift blame to the people who battled to produce Obamacare in the first place:

These will include claims that the collapse of health care is really President Obama’s fault; claims that the failure of alternatives is somehow the fault of recalcitrant Democrats; and an endless series of attempts to distract the public.

Expect more Carrier-style stunts that don’t actually help workers but dominate a news cycle. Expect lots of fulmination against minorities. And it’s worth remembering what authoritarian regimes traditionally do to shift attention from failing policies, namely, find some foreigners to confront. Maybe it will be a trade war with China, maybe something worse.


The worst thing the Democrats could do would be to cooperate with a con man. Ask Mitt Romney about the wisdom of cooperating with Trump.

Email ThisBlogThis!Share to TwitterShare to FacebookShare to Pinterest
Labels: The Folly Of Cooperating With Trump

I have a feeling, Owen, that all of the Republican Representatives and Senators will fall into line, no matter how damaging to Americans Trump's policies will be. The only question I have is whether the true believers who elected this parody of a politician will at some point suffer a crisis of faith, despite all of the scapegoating your post predicts. If they do, one wonders what the consequences will be.

I could be wrong, Lorne -- I thought that Trump was so transparently phony that Americans would easily see through him -- but I have a feeling that the anger against Trump will eventually rival Americans' anger against LBJ.

I have to suspect that Romney was aware that he was being neutered but, because his political manners were fixed in an era of relative civility that has now certainly ended, had to play out his assigned role before the curtain came down.

Romney is certainly a better man than the man who invited him to dinner, John.