Must Have A Wooden Head 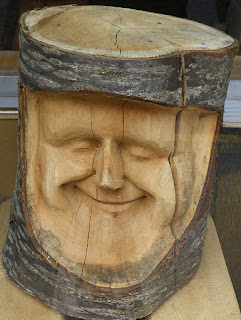 Donald Trump wants to turn back the clock to the days when low skilled manufacturing jobs were king. That won't happen. But, Paul Krugman writes, Trump's appointment of Scott Pruitt -- climate denier and fossil fuel friend -- to run  the EPA may bring back the heavy smog which used to blanket places like Los Angeles and Huston:

Choking smog was quite common in major cities; in the Los Angeles area, extreme pollution alerts, sometimes accompanied by warnings that even healthy adults should stay indoors and move as little as possible, were fairly common.

It’s far better now — not perfect, but much better. These days, to experience the kind of pollution crisis that used to be all too frequent in Los Angeles or Houston, you have to go to places like Beijing or New Delhi. And the improvement in air quality has had clear, measurable benefits. For example, we’re seeing significant improvements in lung function among children in the Los Angeles area, clearly tied to reduced pollution.

That improvement was accomplished by what the Trumpists and Mr. Pruitt, in particular, are opposed to -- government regulation:

The key point is that better air didn’t happen by accident: It was a direct result of regulation — regulation that was bitterly opposed at every step by special interests that attacked the scientific evidence of harm from pollution, meanwhile insisting that limiting their emissions would kill jobs.

These special interests were, as you might guess, wrong about everything. The health benefits of cleaner air are overwhelmingly clear. Meanwhile, experience shows that a growing economy is perfectly consistent with an improving environment. In fact, reducing pollution brings large economic benefits once you take into account health care costs and the effects of lower pollution on productivity.

The historian Barbara Tuchman argued that the cause of national folly was woodenheadedness -- the inability of leaders to adapt to changed circumstances -- and to fashion policies to deal with those circumstances.

With each cabinet appointment, it becomes clear that the incoming president hires people like himself. First and foremost, they must have woodenheads.

I don't think they're 'woodenheads' at all.

That implies they don't know what they're doing.

I think they know exactly what they're doing and are gleefully going to go about it right from the get go.

If this Republican domination of both Houses and the Executive lasts it's full four years, and there's little reason to believe it won't Michael Moore notwithstanding, the USA will be well along a slide to becoming the largest 3rd world country in the world as well as the country with the most billionaires.

We're back to the old tension between knowledge and wisdom, Dana. They may know what they're doing. But what they're doing is profoundly unwise. Moving from First World to Third World status does not exemplify collective wisdom.

America has become a Kleptocracy. (Canada is just a few steps behind.) Trump and his ilk are simply thieves doing what ever it takes to take as much as they can. They don't care about the environment because they will always be able to afford their own refuges. They certainly don't care about us or the common weal.

That's what's so infuriating about Trump, Toby. He got elected claiming that he cares about the common man.

Woodenheadedness - there seems to be a lot of that going around. You could say every western government that clings tenaciously to neoliberalism is deeply afflicted.

Fortunately if the feds retreat on issues such as air quality there is much the states can do to regulate problems that are created.

Real progress on climate change has been coming from the constituent parts, Mound. The centre, it seems, cannot hold.

Don't suppose the California Air Resources Board CARB will take kindly to Trump's waterboarding climate-change-denier septuagenarian nitwits telling them what to do. CARB already have their own rules on everything from the kind of car engines that can be sold in-state to solvent emission levels from paint booths (seriously slowing up Musk's monomegamaniacal self-interested Silicon valley nouveau oligarch Tesla expansion in Fremont).

In fact, they're likely to tell Trump to take a long run off a short pier at every opportunity, and no amount of Twitter rage will bother them in the slightest. They'll just disregard him for the nincompoop that he is.

CA was solidly Democratic and a bunch of elitist old hawkish grandpas in Washington trying to feather their own and their billionaire pals nests by running the US into the ground and turning the clock back on Nixon's EPA, all the while shaking their spears at the Russians and Chinese won't shake CA much. There might even be a few Latinos in the state who'd jeer from the sidelines at Trump's meltdowns just for fun.

I occasionally get hold of a US publication called "Mother Jones". their April 2016 has a really informative article on how California is weaning itself off carbon producing usage. It has some useful graphs show the "decarbonization" of the state and how employment has risen in the areas of alternate energy such as solar heat as well as wind power. California is estimated to be the 6th largest economy in the world and they are paying serious attention to climate change and reduction of fossil fuel usage. Employment is up, carbon is down and their debt reduced.

I travel through California each year on my way to a sunnier climate during the winter and it very noticeable how many vehicles travelling the main highways are typically a "Prius" or other type of vehicle designed to reduce the use of fossil fuels. It's not just Silicon Valley that contributes to its economy, but an extension of investment in alternate plans to combat global warming.

Robert Reich pointed out sometime ago, Anon, that California is a nation unto itself with an agenda that is decidedly non-Trumpian. It will go its own way and simply ignore the Great Orange Twitterer.

California has been dealing with the problem of environmental degradation for a long time, Lulymay. Things look a lot different from the perspective of the San Andreas Fault than they do from atop Trump Tower.