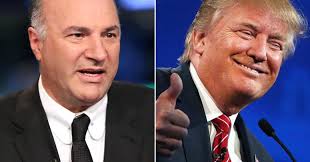 Unlike his father, Justin Trudeau doesn't wear a rose in his lapel. To many Canadians, however, Justin was a rose. Lately, the bloom has been coming off that rose. Michael Harris writes:


But, just as buyer's remorse was beginning to set in, a minority of American voters has declared Donald Trump will be president:

Donald Trump hates pretty much everything about Canada, from the political stripe of our government to our publicly-funded medicare plan. Having handed the American Environmental Protection Agency over to a climate change denier, he won’t be a big fan of Trudeau’s recent carbon tax framework, supported by 11 out of 13 other political jurisdictions in this country. Since he hates Obamacare, imagine what he thinks of our publicly-funded medicare system. As for NAFTA, he wants to tear it up and start all over again — and not to Make Canada Great Again.

The only thing that stands between being shorn like sheep at the hands of Donald Trump, and retaining our national integrity is Justin Trudeau. All the pressure will be on him to cooperate with the Americans as our most important trading partner. All the pressure will be applied to accept that Trump is the Elephant and we are the Mouse in most dealings. Potential CPC leadership candidate Kevin O’Leary has already taken to Youtube to predict the outcome of the coming collision. It will be, he said, Godzilla versus Bambi.


It's interesting that the same guy who produces O 'Leary's show also produces Trump's Apprentice. Perhaps O'Leary sees himself as a Canadian Trump. It will be Justin's job to trump O' Leary and Trump.

You've likely already seen this, Owen, but Thomas Walkom has a column today on the threats that Trump may pose to Canada, especially our socialized healthcare system, under a renegotiated NAFTA. https://www.thestar.com/opinion/commentary/2016/12/12/donald-trumps-nafta-gambit-could-take-aim-at-medicare-walkom.html

As usual, Walkom's analysis is quite trenchant, Lorne. Trump and his party have gone neanderthal. And, if they get the chance, they'll not only take down Obamacare, they'll destroy our medicare system in the name of profit.

Its not that I have not been exposed to the odd phenomena..
certainly Stephen Harper drove that message down our throats with a vengeance
yet I still find the bitter taste of being told to eat shite and like it - hurts my very soul
and even worse, I find it staggering that it seems expected that I will tolerate the same shite
being shoved down the throats of those far more vulnerable or hopeful than the altruist that I am

There are no shortcuts - to being Canadian ..
you are - or you aint
Its not complicated or definable exactly
Its kind of like you're in the wind.. or you're not
and who has seen the wind.. or claims to have ..

Canadian winters should have taught us to survive in spite of the wind, salamander. I only hope we haven't forgotten how to.

"Nobody gives a shit."

Did I get that right?

American thought leaders hate examples of success that does not fit into their model. Canada is a big fat target for the thought police.

I agree that Trump and his cabinet have a record of getting things done, Steve. The question is, "For whom?" The record shows that they don't work to improve the lives of working stiffs.