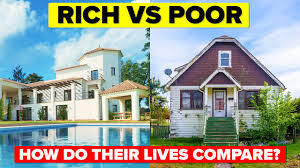 As Democrats and Republicans fight over Joe Biden's economic agenda, Paul Krugman suggests it boils down to two things: Tax the rich and help children:

Republicans will, of course, denounce whatever Democrats come out with. But there are three things you should know about both taxing the rich and helping children: They’re very good ideas from an economic point of view. They’re extremely popular. And they’re very much in the American tradition.

About the economics: Although the modern Republican Party is utterly committed to the proposition that low taxes on corporations and the rich are the key to economic success, there is no evidence that this is true. If anything, the historical correlation runs the other way. The U.S. economy grew faster during periods when taxes at the top were relatively high than it did when they were low.

On the other hand, there is overwhelming evidence that helping children, in addition to being the right thing to do, has big economic payoffs. Children who benefited from safety-net programs like food stamps became healthier, more productive adults. Children who were enrolled in pre-K education were more likely to graduate from high school and go to college than those who weren’t. As I’ve argued in the past, the economic case for investing in children is even stronger than the case for investing in physical infrastructure.

Like the battle over vaccines, the present debate is about superstition and evidence:

When it comes to public opinion, what’s striking is how little impact more than 40 years of anti-tax, anti-government propaganda has had on voters’ views. Polls consistently show large majorities, including many Republicans, supporting higher taxes on corporations and the rich. Large majorities also support subsidizing child care and aiding families with children.

Yet government policy veers toward superstition. Which raises a simple question: Who controls the government?

Email ThisBlogThis!Share to TwitterShare to FacebookShare to Pinterest
Labels: Tax The Rich

As I recall, the answer to that question is "it's a big club and you ain't in it!"

I wonder if what we see in the U.S. 'debate' over Biden's plans reflects the final days of the empire, Owen. For the Republicans to think that they can get away with obstructing measures that would help countless millions and the world suggests they view the American people as extraordinarily dim, easily swayed by false rhetoric about how everyone will be burdened with more taxes, etc. if Biden succeeds.

American society has become so factionalized that the Republicans may, in fact, be right about the people.

Tax the rich! Now there's an oxymoron that anyone in DC connected to power etc, knows full well will never happen. They can't even close the ridiculous loopholes that allows a con like Trump to pay a paltry $750 and even his supporters congratulate him on that while seeing amounts bigger than that disappear from their paycheques monthly. Carlin's clip, the best of all time never gets old and applies even more today than when he made it. BC Waterboy

"Who controls the government?" Indeed!

Do we still teach civics?
Or is it too painful to continue the already threadbare fictions we were fed?

More and more, it seems to me that there's no hope for what was once a great nation, Lorne. Pettiness and ignorance seem to rule the roost.

When so many people cheer such an obvious con man as Trump, waterboy, there's no hope for them or their country.

Civic education used to be considered essential for citizenship, PoV. Obviously, something has gone terribly wrong.

"Who controls the government?"

Why does Krugman need to ask? The question has been extensively studied, analyzed and answered for a long time.

What is even sillier, Mound, is letting the situation continue.

We live in an age where we have been deluded into believing the trickle down organisation of our lives or is it the American/Canadian dream?

Either way a majority of us believes in fairies , goblins and ghosts.

Re, Civic education used to be considered essential for citizenship

The education system has failed us on most levels.
We cannot teach ideology we must teach the yearn to learn.

Remember the golden rule?
He with the most gold rules.
Simple but to the masses, forgettable as we have been hardwired to emulate such an ideology.

We can't learn unless we have a desire to learn, TB. Too many of us think that learning is simply too much trouble.