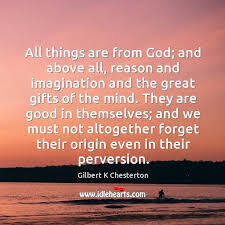 Inflation is on the rise. Some fear that we are about to return to the 1970s. Edward Berkowitz writes that we're not going there:

There appear to be some similarities between now and then. Jimmy Carter, who lived in the White House from 1977 to 1981, presided over a weak economy that turned him into a one-term president who faced a challenge from Edward Kennedy and the liberal wing of his party for the 1980 nomination. Joseph Biden worries that a deteriorating economy might make it impossible for him to pass his legislative agenda and win a second term.

Both presidents faced significant outside threats. Carter inherited the Opec – a very familiar acronym to people at the time – oil crisis from his discredited predecessor who was nearly impeached, and Biden inherited a pandemic from his predecessor who was impeached twice. Both of these crises led to economic problems: not enough gas to support the American lifestyle in the 70s and shortages of many goods due to supply chain problems in this decade.

But there are all kinds of differences:

One can always find parallels, but the country was different during the tenure of outsider Carter than it is in the administration of insider Biden. In the 70s, baby boomers entering the labor force found it hard to get jobs. In the 2010s help wanted signs seem to be everywhere.

Simply put, things were worse then than they are today, and it might help us to remember that in the present overwrought atmosphere in which pundits pontificate about a return to the bad old days of the 1970s.

That's not to say that we don't face challenges. COVID hasn't gone away. And superstition and conspiracy theories are everywhere. One thing is certain: the solutions depend on evidence and reason  -- not paranoia.

Email ThisBlogThis!Share to TwitterShare to FacebookShare to Pinterest
Labels: Then and Now

I question whether things were worse in the 1970s. Inflation was a huge problem, but the average wage was higher. Social-economic inequality was far less. It wasn't until the end of the decade, with Margaret Thatcher and Ronald Reagan's right-wing policies, and the second oil shock caused by the Iranian Revolution that set us on this path.

One big part of the present day's inflation are all the supply chain shocks that need to work themselves out.

But certainly another one is the money supply. I don't think the low interest rate is that big a factor. I think it's the TRILLIONS of $ that neo-liberal governments pumped into the financial markets to prop-up their value. The interest rate set by banks and central banks is at a nominal rate for ordinary people but governments just GIVE trillions to the financial markets. That money tends to stay with the wealthy people who control the financial markets. And they do things like buy up rental properties and jack-up rents, and housing and jack-up housing prices. And isn't Bill Gates buying farmland at a huge rate?

The rich have to make that free governmnet money "work" for them. Meanwhile, it's us shlubs who are supposed to pay for the debts incurred to fight COVID.

This isn't the 1970s all over again. The current bout of inflation is caused by a shortage of goods leading to price increases. As economist Paul Krugman explained in yesterday's NYT, the pandemic caused people to buy more goods and fewer services. Instead of eating in restaurants, they remodeled their kitchens; instead of going to the gym, they bought exercise equipment, and so on.

As a result, the supply chains that were built to handle a certain number of containers were overwhelmed, bottlenecks appeared and goods took longer to get where they were going. The resulting shortages drove up prices.

The solution to the problem is to redress the balance between goods and services. That won't happen until enough people get vaccinated to allow the economy to return to normal. In other words, we need more and stricter vaccine mandates to allow that to happen.

I can remember when interest rates finally peaked at about 21% in the early '80s, thwap. Friends of ours -- with an adjustable-rate mortgage -- lost their house. One thing has stayed the same. The banks were and are laughing all the way to their vaults.

It's pretty straightforward, Cap. For people and the economy to get healthier everyone needs to get their shots. It's puzzling that so many of us still don't get that.

The end of an era is only discernable in hindsight. I think you are correct in that there are superficial similarities to the 1970s. But like thawp suggests, things were not worse.

"Simply put, things were worse then than they are today". ????
My parents generation, in the 1970s-good-times, could legitimately say that about the dirty-thirties from an economic point of view.
....
!914 thru 1945 was the the war/recession/war age that broke the power of the upper classes, ending the extreme inequality of the early 20th century as labour prevailed over capital for the first time ever. (According to Thomas Piketty.)

1945-1975 were, in terms of real economic gain, the salad years for the bottom half and the middle class of the West. Unemployment at that time was a baby-boom-blip or perhaps a harbinger of what was to come, but wages had more buying power than today when you did get a job. (Surplus labour in Canada was deflected into travel and LIP projects while the US had Vietnam.) Leveraged incomes of the professional class have grown exponentially while wages have fallen sharply in buying power since 1975.

The victories of Thatcher and Reagan marked the end that era. The end of the post war economic boom, its arc to justice and the promise of upward social mobility.

"The solutions depend on evidence and reason". And yet here we are today with the anti-empiricists rising and often winning. It feels like another Fin de siècle to me. Only time will tell.

Leonard Cohen sang a sad anthem for our age 'You want it darker?"

In the 1970s we had a world-ending nuclear Armageddon to fear. Today that threat is greater than during the 1970s despite our ignoring it. We now recognize that we face a second threat of extinction via the myriad environment crises some of us are finally acknowledging. The threat becomes a more irreversible situation every day.

Cohen understood his times and human nature, PoV. He was not an optimist.