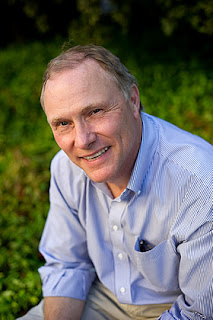 This week, the Nobel Prize was awarded to three economists, one of whom -- David Card -- is a Canadian. All three economists are part of what Paul Krugman calls the Credibility Revolution -- which has changed the way the profession uses data.

What is the Credibility Revolution all about?

Economists generally can’t do controlled experiments — all we can do is observe. And the trouble with trying to draw conclusions from economic observations is that at any given time and place lots of things are happening.

Before the credibility revolution, economists basically tried to isolate the effects of particular policies or other changes by using elaborate statistical methods to control for other factors. In many cases that’s still all we can do. But any such attempt is only as good as the controls, and there is typically endless room for dispute about the results.

Then economists realized that there were actually "natural experiments" happening, which controlled for many variables. One such natural experiment occurred in the 1990s when New Jersey increased the minimum wage and Pennsylvania didn't:

What they found was that the increased minimum wage had very little if any negative effect on the number of jobs, a result since confirmed by looking at many other instances. These results make the case not just for higher minimum wages, but for more aggressive attempts to reduce inequality in general.

Another example: How can we assess the effects of safety net programs that aid children? Researchers have taken advantage of natural experiments created by, among other examples, the gradual rollout of food stamps in the 1960s and 1970s and several discrete jumps in Medicaid’s availability in the 1980s. These studies show that children who received aid became much healthier, more productive adults than nonrecipients.

Overall, then, modern data-driven economics tends to support more activist economic policies: Raising wages, helping children and aiding the unemployed are all better ideas than many politicians seem to believe. But why do the facts seem to support a progressive agenda?

The main answer, I’d argue, is that in the past many influential people seized on economic arguments that could be used to justify high inequality. We can’t raise the minimum wage, because that would kill jobs; we can’t help the unemployed, because that would hurt their incentives to work; and so on. In other words, the political use of economic theory has tended to have a right-wing bias.

But now we have evidence that can be used to check these arguments, and some don’t hold up. So the empirical revolution in economics undermines the right-leaning conventional wisdom that had dominated discourse. In that sense, evidence turns out to have a liberal bias.

David Card, like John Kenneth Galbraith, grew up on a farm in Ontario. Galbraith -- like Card -- favoured progressive economic policies. Perhaps their backgrounds have something to do with their conclusions.

Then there's Joe Stiglitz, a kid from Gary, Indiana. Mother, a school teacher. Father, an insurance salesman. His PhD thesis (1966) was titled "Studies in the theory of economic growth and income distribution." His lifelong focus on the scourge of inequality earned him his 2001 Nobel Prize.

These are men who grew up with a sense of how ordinary folks live. For them, Mound, economics is more than a theory.

Interestingly, Card's research indicates that companies made up the difference in pay by reducing things like dividends. No wonder Ford limited Ontario's recent increase to a meager 10 cents an hour.

Precisely, Cap. Card exposed the lie at the heart of conservative economics.

Another problem with a lot of conventional economists has benn that if the data does not match the theory, they assume it is a data problem.

As John Maynard Keynes put it, "When the facts change, I change my mind. What do you do, sir?”