The Natives Are Restless 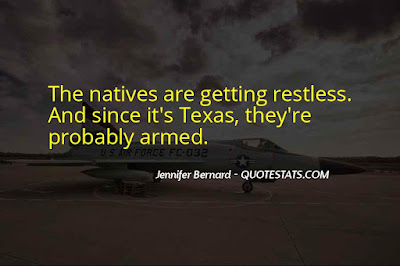 There are grumblings inside the federal Liberal caucus. Altea Raj writes that Justin Trudeau "is governing like a leader who views the MPs who helped elect him prime minister as a nuisance, and not as voices that deserve respect and consideration. Though, perhaps, MPs have done themselves few favours."

On Friday . . . the prime minister’s team finally called a formal caucus meeting. It has been scheduled for Nov. 8. The Conservatives have already met twice, so have the NDP. The Bloc Québécois held a caucus meeting one week after the election, and so far, have had three meetings.

Many Liberal MPs have grumbled about the delay, to themselves, and to reporters under the cover of anonymity. Though Toronto MP Nathaniel Erskine-Smith was willing to be quoted saying what’s on everyone’s mind, that it has been “an unacceptably long time.”

Many MPs suggested Trudeau would get an earful from caucus members about the last campaign, though some suggested that without the parliamentary secretary announcements or committee appointments, there may be fewer MPs willing to slam the prime minister’s entourage for calling an election they were ill prepared to fight.

Perhaps the prime minister believes, like his father, that MPs are nobodies once they get off Parliament Hill. But he or she who leads a minority government has to make sure -- above all else -- that the natives are not restless.

What's wrong with these MPs? I've never seen anyone grumble about having too few meetings with management!

I've observed, Cap, that -- since the pandemic -- there's been a lot of grumbling coming from a lot of quarters.


"Justin Trudeau "is governing like a leader who views the MPs who helped elect him prime minister as a nuisance,..."

Bit of a pedantic quibble but Prime Minister of Canada is not an elected office.

Under the rules of responsible government, that's true, jrk. Things are supposed to work bottom-up. In practice, however, the reverse is true. Now many Canadians vote for their local MP by deciding who they want to see as prime minister.

@ Owen
Very true, I was not thinking about that. Then it is "Justin Trudeau helped get a lot of Liberal MPs elected" rather than "the MPs who helped elect him".

I realize I am quibbling but that sentence as written is just wrong.

The founders of this country thought that MP's should elect their leaders, jrk. But, as is true with so much else, things changed along the way.

Err where does this come from? MP's do what their parties tell them to do. This is not meant to be cynical but MP's are party animals.

BNA states this? No. The BNA never mentions the post of Prime Minister. It is a defacto position. Same as the UK position.


And what "founders" Champlain or Sir John A.? Well, maybe Frontenac? Actually Sir John A. probably would have been horrified at the thought.


Sorry but the term " founders of this country" sounds too much like the US "Founders Fathethers" terminology that it raises my hackles.

My use of that phrase was ill-conceived, jrk. According to British parliamentary tradition, electors elect members of Parliament, MPs elect their leaders. Manitoba has its first woman premier -- after Brian Pallister resigned.