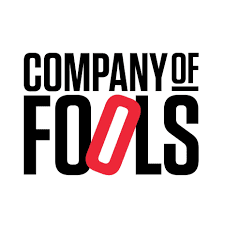 When it comes to getting it wrong, the Conservative Party is outstanding in its field. Take the issue of the parliamentary vaccine mandate. Chantal Hebert writes:

It was not enough that the Conservatives took hits from both sides of the vaccination mandate debate by sitting on the fence during the federal election campaign.

Now O’Toole’s caucus — or at least some of its vocal elements— would engage in a losing battle over the mandatory vaccination protocol to be put in place in time for the reopening of the House of Commons next month.

The decision to bar anyone who is not fully vaccinated from entering the parliamentary precinct as of Nov. 22 was made behind closed doors by the small group of MPs who represent the main parties — including the Conservatives— on the board of internal economy.

On that basis, the Official Opposition can try — as some of its members would — to make the issue a matter of parliamentary privilege and bring it to the floor of the House at the first opportunity next month. But even on that battlefield, the ultimate outcome is not in doubt.

Then there is the matter of inflation:

Here again, the Conservative team seems bent on making Trudeau and Finance Minister Chrystia Freeland look like the adults in the room, for partly lost in the controversy over the Conservatives’ reluctance to comply with mandatory vaccinations was their amateurish approach to the inflation debate.

As my colleague Heather Scoffield noted in a column earlier this week, it is ridiculous for the Conservatives to pretend that Trudeau is responsible for rising inflation rates.

The Conservatives are a party of old and tired ideas. In the post-pandemic world, it is they who look like fools.

We're seeing low-grade political theatre thriving on both sides of our border, Owen. It's the fine art of sowing nonsense, seeking meager political advantage wherever it can be found or manufactured and regardless of cost. This gives an undeserved voice to extremists and clowns. It winds up catering to the fringe. This is corrosive to social cohesion and encourages the rise of tribalism. The Americans have taught us that, once this takes hold, governance fails and can become almost impossible.

If O'Toole wasn't so fearful of losing his job he might be more coherent, less schizophrenic. Look how many Congressional Republicans abandoned reality and principle out of fear they would be "primaried" by the mob.

When "leaders" are led by the mob, Mound, the end result is chaos.

When their entire world view is comprised mainly of delusions and lies, the Conservatives are inherently incapable of debating policies or creating policies that aren't intellectual garbage.

Aside from being bad public policy, championing the views of anti-vaxxers is bad politics. As more vaccine mandates kick in, the number of unvaccinated people will dwindle and with it interest in the issue. The Cons risk being viewed as totally out of touch with Canadians. As the old song said,

That's precisely the point, Cap. The times have changed.

They simply are not where most Canadians are, thwap.

.. Always remember.. the old rules of a ‘coup d’tat’
Seize the Palace, seize the Media

We have Elections now, so controlling Media is popular
The ‘Palace’ is more a floating & truly odd concept
Is Doug Ford the King ? Justin Trudeau ? Jason Kenney ?
Are we regressing to fiefdoms and we are the modern sharecropper serfs .

Also.. always remember ‘Divide & Conquer’
Where Canadians ‘get’ or are told via Polls.. their opinions or information
Its a many non-splendoured field of dreams / disinformation
plus the odd fragment of reality bites
Al, this while some zealots focus on ‘flood the zone with shit’ (Steve Bannon)

Choose any housewife, mechanic, educator, trucker, doctor
and ask where their opinion or beliefs have their roots
or perhaps more interesting is why they may have changed
They got them somewhere.. but where ?? The air ??

Good questions, sal. I suspect that these days peoples' opinions change based on the way they feel, not on what they think.