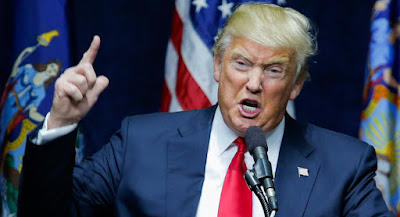 Michael Gerson writes that a second Trump presidency is a clear and distinct possibility:

It is increasingly evident that the nightmare prospect of American politics — unified Republican control of the federal government in the hands of a reelected, empowered Donald Trump in 2025 — is also the likely outcome.

Why this is a nightmare should be clear enough. Every new tranche of information released about Trump’s behavior following the 2020 election — most recently an interim report from the Senate Judiciary Committee — reveals a serious and concerted attempt to overthrow America’s legitimate incoming government.

The Democrats will face significant structural problems in the next election:

This presents Democrats with disadvantages. Significantly more voters lack a college education than have one. And voters with a college education tend to be located in urban areas, which centralizes and thus diminishes their influence. Both the electoral college and the constitutional method of Senate representation reward those who control wide open spaces.

American democracy has not kept pace with the changes that have happened in the country. And the people who stood against Trump in his final days have disappeared:

If Trump returns to the presidency, many of the past constraints on his power would be purposely loosed. Many of the professionals and patriots who opposed him in his final days would have been weeded out long before. There is no reason Trump would not try to solidify personal power over military and federal law enforcement units to employ as a bully’s club in times of civil disorder. There is no reason he would refrain from using federal resources to harass political opponents, undermine freedom of the press and change the outcome of elections. These are previously stated goals.

As long as Donald Trump continues to spout his falsehoods, the Republic will be in deep trouble. Unless a stroke robs him of his voice, he'll continue to rage on.

Email ThisBlogThis!Share to TwitterShare to FacebookShare to Pinterest
Labels: A Second Trump Presidency

Your last comment Owen about a stroke robbing him, is how I think the long, sadistic, unaccountable and enabled con that is Donald Trump will end. A man with so much rage, anger and poor health will eventually succumb to his worst instincts. I don't believe he will be fit to run in 2024 and there is currently nobody with that level of grift who can make it happen without the wide spread cheating, voter suppression and redistricting currently underway. The reprieve they have now is the time to prevent the nightmare scenario, but they don't seem up to the task. As simple as the question of why is Steve Bannon still free after defying the subpoena is enough to explain the sorry state the US is in. BC Waterboy

A stroke for Trump would be a gift to the world, waterboy.

Following up on Waterboy's comment, Owen, it perplexes me why they haven't arrested Bannon and the others who refuse to answer their subpoenas. It is almost as if the Democrats lack the grit to apply the law. This will only add to the sad deterioration of legal constraints in an increasingly lawless 'United' States.

Congress has the power to throw Bannon in jail, Lorne. Had Trump not pardoned him, he'd probably be there now.


Has the US reached a point of dysfunction so severe that it can't be remedied at the ballot box? Legislative capture, regulatory capture, executive capture and now judicial capture with the Republicans reveling at having stacked the Supreme Court. How do you even that keel when the gunwales are at the water edge?

To repeat myself, theirs is a society that has devolved into Lord of the Flies tribalism. Each camp sees the other as a threat to their particular notion of democracy.

Many are rightly perplexed at how Trump's base regularly vote against their own interests. Lyndon Johnson captured the phenomenon when he said,"If you can convince the lowest white man he's better than the best colored man, he won't notice you're picking his pocket. Hell, give him somebody to look down on, and he'll empty his pockets for you." This seems to explain how rural whites despise their urban "elites" with their fancy educations and how that translates into white nationalism, anti-vaxxers and other social ills.

People who can be easily pitted against their fellow citizens are invaluable to those who would manipulate them. Perhaps America's last best hope is that the whole rotten business comes crashing down.

I suspect that outcome isn't far off, Mound.

Trump opened the lid of the crazies box.
Even with Trump gone putting the lib back on will be difficult.
The USA has changed radically and there is no turning back the clock.
Our issue should be , how do we live with them, how do we keep them out?

That's the same question we faced from the beginning, TB. I listened to one Trump supporter today who claimed she is expecting a civil war.

Hoping for tRump's ill health as the ticket out of here? Thin gruel indeed. And a repeat of much of the hyperbole from the early tRump days: 'Big Macs are going to kill him' meme.

I'd argue that the Bush/Cheney years were far more effective at promoting the 'arc to injustice' than the relative peace of the tRump years, when the biggest news about N. Korea, for example was the game of paddy-cakes and who's-your-daddy.

tRump is a right wing aberration as he comes without the good manners of a Bush or McCain. The Rethuglicans were happy to pack the courts and fill their pockets, during the aberration but their 'loyalty' to tRump (for example Ted Cruz) will quickly evaporate under the 'right' circumstances.

I fear the power of the narrative of a tRump-fighting 'bi-partisan' candidate, for example, Liz Cheney, more than the unlikely return of the big orange bloat.