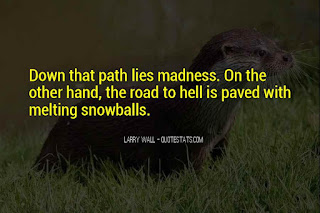 The Republican Party has its crazies. But, Paul Krugman writes, the party's real problem is that the cowards call the shots:

The crazies wouldn’t be driving the Republican agenda so completely if it weren’t for the cowards, Republicans who clearly know better but reliably swallow their misgivings and go along with the party line. And at this point crazies and cowards essentially make up the party’s entire elected wing.

Consider, for example, the claim that tax cuts pay for themselves. In 1980 George H.W. Bush, running against Ronald Reagan for the Republican presidential nomination, called that assertion “voodoo economic policy.” Everything we’ve seen since then says that he was right. But Bush soon climbed down, and by 2017 even supposed “moderates” like Susan Collins accepted claims that the Trump tax cut would reduce, not increase, the budget deficit. (It increased the deficit.)

Republicans have simply failed to stand up for the truth -- even the blatantly obvious truth:

Consider climate change. As recently as 2008 John McCain campaigned for president in part on a proposal to put a cap on U.S. greenhouse gas emissions. But at this point Republicans in Congress are united in their opposition to any substantive action to limit global warming, with 30 G.O.P. senators outright denying the overwhelming scientific evidence that human activities are causing climate change.

The falsehoods that are poisoning America’s politics tend to share similar life histories. They begin in cynicism, spread through disinformation and culminate in capitulation, as Republicans who know the truth decide to acquiesce in lies.

Take the claim of a stolen election. Donald Trump never had any evidence on his side, but he didn’t care — he just wanted to hold on to power or, failing that, promulgate a lie that would help him retain his hold on the G.O.P. Despite the lack of evidence and the failure of every attempt to produce or create a case, however, a steady drumbeat of propaganda has persuaded an overwhelming majority of Republicans that Joe Biden’s victory was illegitimate.

The party's power brokers see that the road to power is paved with lies.

Truth and courage be damned.

As Jonathan Swift wrote, “Falsehood flies, and the Truth comes limping after it.” Republicans have learned to flood the zone with lies knowing that that the media will report them uncritically and fact checking will fail to keep up. When there are no consequences for lying, why bother with the truth?

Without consequences, Cap, there is no shame.