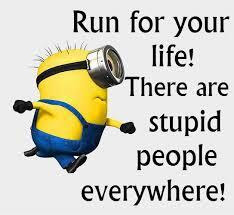 Eugene Robinson asks an important question: How dumb can a nation get and still survive? In the United States these days, dumb is everywhere:

Our elected representatives in the U.S. Senate, which laughably calls itself “the world’s greatest deliberative body,” agreed Thursday not to wreck our economy and trigger a global recession — at least for a few weeks. Republicans had refused to raise the federal debt ceiling, or even to let Democrats do so quickly by simple majority vote. They relented only after needlessly unsettling an international financial system based on the U.S. dollar.

The frequent games of chicken that Congress plays over the debt ceiling are — to use a term of art I recall from Economics 101 — droolingly stupid.

Covid-19 is a bipartisan killer. In the tribal-political sense, the safe and effective vaccines are a bipartisan miracle, developed under the Republican Trump administration and largely distributed under the Democratic Biden administration. People in most of the rest of the world realize, however, that vaccination is not political at all; it is a matter of life and death, and also a matter of how soon — if ever — we get to resume our normal lives.

Why would people not protect their own health and save their own lives? How is this anything but just plain stupid?

Conservatives in state legislatures across the country are pushing legislation to halt the teaching of “critical race theory” in public schools. I put the term in quotes because genuine critical race theory, a dry and esoteric set of ideas debated in obscure academic journals, is not actually being taught in those schools at all. What’s being taught instead — and squelched — is American history, which happens to include slavery, Jim Crow repression and structural racism.

And then, of course, there’s the whole “stolen election” farce, which led to the tragedy of Jan. 6. Every recount, every court case, every verifiable fact proves that Joe Biden fairly defeated Donald Trump. Yet a sizeable portion of the American electorate either can’t do basic arithmetic or doesn’t believe that one plus one always equals two.

Shockingly, people who know better are leading the Drive Toward Dumb:

The whole charade involves Republican officials — many of them educated at the nation’s top schools — betting that their constituents are too dumb to know they’re being lied to. So far, the bet is paying off.

Lincoln warned that a nation divided against itself cannot stand. A nation in a race to prove who is more stupid than whom can't claim to be a nation at all.

As HL Mencken put it, "nobody ever went broke underestimating the intelligence of the American people." It was as true then as it is now. And a lot of undeserving people are stinking rich because of it.

American con men have been making a fortune since the beginning of the Republic, Cap.

I often wonder whether Americans realize they are living in one giant asylum that is being run by the inmates, Owen.

That's a question that puzzles me, Lorne. There appear to be hundreds of millions of them who simply don't have a clue.

"The whole charade involves Republican officials — many of them educated at the nation’s top schools — betting that their constituents are too dumb to know they’re being lied to."

Whether it's the 'stolen election' meme, the pandemic or America's looming climate catastrophe, a significant percentage of Americans just don't care that they're being fed lies. Theirs is a "post truth" world. They want to feel good about themselves, their egos gently stroked.

When someone like Robinson write about them being "too dumb to know they're being lied to" he's feeding their grudge mentality and the social divide widens. The Republicans know all too well how to weaponize this division.

The Republicans learned long ago that there's big money to be made in spreading lies, Mound.