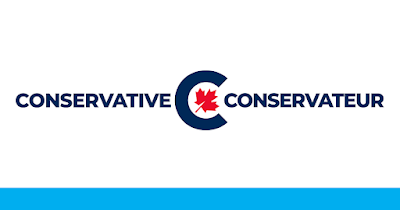 Tip O'Neil famously proclaimed that "all politics is local." But in Canada, Robin Sears writes, all three of the national parties are top-down organizations. They're dead at the local level. This presents particular problems for the Conservatives:

Each of the three national political parties is a hollow shell at the local level in many parts of Canada. Each party has ridings where the flag is kept flying by a handful of — usually — aging activists. This exposes them to takeover by determined outside groups.

No one is more vulnerable to this threat than Canadian conservatives. They suffer the greatest number of external groups determined to use them as their vehicle to drive changes in law on issues like abortion, guns, climate and immigration.

To remedy the problem, Conservatives must do three things:

The fight needs to start with leadership selection. The Tories have adopted a form of leadership selection that is too foolishly complex to describe briefly. The outcome it predictably delivers is, however, clear: winners who have made unwise concessions to their hardest-edge activists. The selection process that best protects a party’s values and ensures local activism is a delegated convention. Bizarrely, each party has abandoned this most successful form of choosing a new leader.

The Conservatives will not return to a delegated convention, but they do need to find ways of ensuring that a few hundred dollars sprinkled on non-existent riding associations is not rewarded with too many leadership votes. Especially egregious is the access that outsiders are given to tilt a leadership race. The party’s future will depend on it.

The second vulnerability is in candidate selection. It is not fashionable to advocate active candidate recruitment by the party leadership. Local choice uber alles, is the rallying cry. Well, no, that has never been true and should not be. Attracting and landing prominent Canadians who appeal to an important target audience has always been a key political tool. The slates of recent Conservative candidates have not looked much like Canada. The party needs to find future MPs who appeal to young urban Canadians. Some of them will need to be parachuted into chosen ridings.

The Conservatives, since the departure of Brian Mulroney, have gone backwards in attractive candidate selection. Their next slate should include, for example, prominent Asian athletes and entrepreneurs, successful businesswomen not born in Canada, and fewer white male lawyers.

The third area in need of rapid rehabilitation is policy and platform development. Erin O’Toole’s massive and glossy platform served a strategic goal for the party: it was serious, comprehensive and delivered early enough to shake the Liberals. Tactically, it contained enough hidden poison pills that it became a weapon to be used against him. It, too, was a product of this failure of mainstream Conservatives to defend their party against “entryism,” as social democrats dub similar efforts by Trotskyites and Marxists.

The party does not need to fall for the foolish Manichaean choice that many are trying to force it into. It does not need to filter policy choice between “left” (bad), or “right” (good). The more useful selection criteria should surely be: appealing to your urban Canadians or not. Today’s Conservatives are older, more male, rural or small town, and live west of Ontario. Tomorrow’s need to be the opposite: younger, urban, more female, and living in Ontario, B.C. and Quebec. Why? They make up nearly two-thirds of all Canadians.

Will the Conservatives take Sears' advice? Because he's a former NDP operative, probably not. But the pandemic has made it clear that the usual Conservative bromides are out of joint with the times.

Conservative bromides are by definition out of joint with the times. As Bill Buckley put it, "A conservative is someone who stands athwart history, yelling Stop." Mulroney is the only exception I can think of. In his time, neo-liberalism and free trade were novel concepts and he was willing to push them.

The current conservative trend is an old one: fascism. Last year's US election showed that has little appeal in urban centres, especially among young women. I expect the Cons to hold steady on their current course hoping for welcome developments in the US mid-term elections.

It's remarkable how intransigent the Conservatives have become, Cap. For some people, failure has no lessons to teach.

Robin Sears: "The Tories have adopted a form of leadership selection that is too foolishly complex..."

Harper did that on purpose to get the puppet he wanted.

The Conservatives are the source of their own pain,!.

Prairie populism is at odds with other regions of Canada. It's withdrawing into itself.

There was a time when Tories and Libs supported similar objectives with perhaps different views on how they should be achieved. John Diefenbaker is a good example. Long before the Charter of Rights and Freedoms, Diefenbaker pushed through the Canadian Bill of Rights. He was instrumental in driving apartheid South Africa out of the Commonwealth. He was a champion of human rights abroad. The Avro Arrow/Bomarc missile business was a stain and, for some, what he'll be remembered for.

The fact is progressivism and conservatism are not mutually exclusive. There is a body of progressive thought in Edmund Burke's writings. The patrician Roosevelts, one Democrat, one Republican, were likewise progressive.

Liberalism and conservatism serve us best when they're centrist. That's where democracy flourishes. The neoliberal order has taught us that the further they get from bottom dead centre the more special interests will prevail over the public interest.

There was a time when the two major political parties sought what used to be called "the mushy middle," Mound. These days, they tend to define themselves as "not the other."

Politics have become an extension of corporate wishes who dilute or expand their desires and wishes through msm advertising and programming.
It's manipulation at it's best, if you are a believer, worst if you buck the trend.