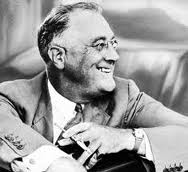 In today's Toronto Star, Linda McQuaig takes on the debt-mongers -- provincial and federal. They argue that we can't afford Ontario Place:

Dalton McGuinty’s government tries to convince us we can’t afford to provide this healthy, active recreation  for our children for the next five years. Also on the hit list — school playgrounds. Some 600 sites may soon be sold off by the cash-deprived Toronto school board. (Not to worry, there are still malls where our children can hang out.)

Meanwhile, at the federal level, the Harper government has just taken away two years of retirement benefits from millions of Canadians, with its decision to raise the entitlement age (starting in 2023) to 67. Harper never hinted at this major change during the last election campaign, but now insists it’s essential to keep government finances solvent — a claim that Parliamentary Budget Officer Kevin Page has dismissed as “silly.”


She reminds her readers that there are two kinds of debt -- consumer debt and invested debt. Today's conservatives, who are in the driver's seat, believe that all debt is consumer debt. And, in fact, it was consumer debt -- which they championed -- that got us into this mess. But investing in a nation's people and infrastucture is invested debt. That kind of debt is the antidote for our current malaise. McQuaig reminds her readers that:

It’s worth noting that in 1936, during the height of the Depression, U.S. President Franklin Roosevelt had the foresight to ignore the debt-mongers and establish a wide-ranging social security system that survives today, providing crucial support to tens of millions of Americans. And Britain, despite record debt levels immediately after World War II, brought in national health care and a comprehensive social insurance system that helped spark the postwar boom.


It's exactly those programs that are now under the gun. Roosevelt called his opponents "economic royalists." Their goal, he undertood quite rightly, was to undermine democracy.

It should also be mentioned that these deficits are being incurred to counter a recession produced by a deregulated financial sector.

It should also be mentioned that the economy was dependent upon financial sector fraud because the real economy has been starved and beaten for decades.

It should also be mentioned that government revenues have been reduced in order to deliver tax cuts to many of the same people who made out like bandits during the period of financial fraud and who brought us to this sorry state.

You're right, thwap. These folks created a crisis and used it to get rid of agencies and institutions which promote fairness.

Kevin Page's head is on the block...

Since this guy was taken quite quickly to silence the election fraud...

"As many people are shocked to learn that the Commissioner of Elections Canada suddenly retired in the midst of the most important investigation in Elections Canada’s history, I can only shake my head as Harper has torn another page from the Gordon Campbell BC Liberal’s playbook..." Link:

We are not shocked anymore we now know we are owned and operated by corporate shills their phoney money and the greed that accompanies...

Surely William Corbett's resignation was not simply a coincidence, Mogs.

We should all hope and pray that Kevin Page cannot be sidelined so easily.

Let's hope it works out that way, Mogs.

Selling off land is never a good practice. The money will be spent quickly & the land is gone forever. In the future the land will once again be needed & the government will have to replace it at a huge cost. Anything that is today in government hands such as schools, parks, etc. should be kept in government hands. A 20 yr lease might be o.k. but that is it.


As the country changes & grows new building & space will be required. Better to have it in reserve. When new hospitals or jails need to be built it is oh so much cheaper to just use the land you have than to buy the land you don't./

Selling off government land & buildings only benefits the friends of government who get to buy the land. The citizens loose forever.

This government is very good at selling its seed corn, e.a.f.

For a group of people who claim they are defending the interests of rural Canadians, there's an essential contradiction there.