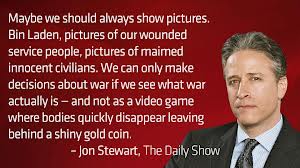 Yves Engler writes this morning that the Conservative government is preparing to go to war:

By setting up overseas bases and increasing the military’s size, the Conservatives are preparing for future wars. They’ve also built the cultural and ideological foundation for constant war. In one of innumerable examples, the updated 2011 citizenship handbook Discover Canada: the Rights and Responsibilities of Citizenship praised this country’s military history with more than a dozen photos depicting war or armed forces personnel.


And they have introduced an unrelenting propaganda campaign which unabashedly glorifies the military:

The Conservatives’ militarism is unrelenting. After waging war in Libya they organized an $850,000 nationally televised celebration for Canada’s “military heroes”, which included flyovers from a dozen military aircraft. Harper told the 300 military personnel brought in from four bases: “We are celebrating a great military success. Soldier for soldier, sailor for sailor, airman for airman, the Canadian Armed Forces are the best in the world.


George W. Bush  is a tragic example of how those who enjoy war but who have never experienced it can cause needless death and ruin a country. Mr. Harper and Mr. Bush have a lot in common. And when it comes to war, they both claim that it is a glorious experience.
Posted by Owen Gray at 8:49 am

It seems to me that descent into blind militarism is the sure sign of creeping tyrannical madness for most dictators throughout history. I don't know about you but I find it a little scary. His actions are indicative of an government executive who has no plans to give up power even through elections.

Meanwhile, Stevie can't get it together to replace the F-18's and Leopard tanks and other vehicles plus a long-term replacement for our aging frigates and soggy submarines.

Steve couldn't make it through boot camp, Ed. It should come as no surprise that he can't handle military procurement.

He's certainly not going to go quietly, Kirby. Just recall how he was prepared to bad mouth Michaelle
Jean, had she not granted his first request to prorogue parliament.

I only ever heard two vets brag about their exploits on the D-Day invasion. I was soon taken aside by another who told me anyone who bragged that way here not really there. Most vets never wanted to talk about it. Only when WWII vets were old me did they finally start to tell their stories. I am always moved when I see agéd vet visiting graves in Europe and crying, unable to speak of their experience and comrads without cry. Fifty or sixty years later their emotions are still raw.

Any politician that tries to glorify war should be shouted down.

My late father was a World War II Vet, Phillip. He served in the South Pacific. He only went to the Legion once.

He said he didn't want to listen to other people's exploits. He'd had enough of that. There was no need to relive it.

I'm in favour of a strong military. But I fear Harper is more concerned with projecting the image of a strong military. Our power doesn't match his rhetoric. And even if it did, the rhetoric should be toned down. Speak softly, and be sure you have a big stick available in case you need to carry it. (That doesn't quite flow off the tongue does it?).
-mg

Harper is all about projecting power -- military, political, whatever.

From where I sit, Anon, that need suggests a hollowness at the man's core -- as I suggested in my response to Kirby Cairo.