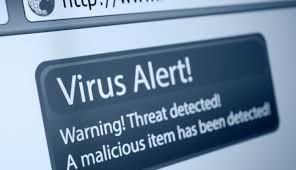 Another of those international rankings came out last month, this time courtesy of U.S. News and World Report. It purports to list the Best Countries in the World.

Canada did great. We were No. 2, just behind Switzerland. And to top it off, Prime Minister Justin Trudeau was viewed as the most respected world leader, along with Germany’s Angela Merkel. Canada scored particularly well on quality of life and citizenship.


But we're also moving up on another survey -- of the best countries in which to stash your cash:

This week, the UK-based Tax Justice Network published its Financial Secrecy Index. The index, which comes out every two years, is designed to measure secrecy measures that facilitate similar unsavoury practices and attract illicit financial flows of money.

Canada was no. 21 in the list, with a financial system even less transparent than those in places like Russia and China, and tax havens like Cyprus and Barbados.


We have agencies that are supposed to police money laundering and tax evasion. But they're not being very effective:

Yes, we have Fintrac, the agency tasked to root out money laundering and terrorist financing, but it has been hobbled by poor leadership and a culture of not really wanting to rock the boat, especially when it comes to naming and shaming Canada’s powerful financial institutions when they break the law.

This week, Fintrac lost an appeals court case, in effect enshrining an earlier ruling that has stopped the agency from imposing fines for almost two years. The court has ruled that Fintrac’s penalty program is opaque and needs more transparency.


And the problems at the CRA are legion:

At the Canada Revenue Agency, they continue their open-door policy to any international business that wants to put up a shingle in Canada and use a Canadian presence to reduce taxes, even if the company provides marginal benefit to the Canadian economy.

According to a report from a Dutch non-profit, the Centre for Research on Multinational Corporations, the Canada Revenue Agency has given its Good Housekeeping Seal of Approval to a tax arrangement that allows Turquoise Hill Resources Ltd., a Vancouver-based subsidiary of Rio Tinto to funnel profits from its huge copper mine in Mongolia through subsidiaries in the Netherlands and Luxembourg, thereby avoiding hundreds of millions of dollars in Canadian taxes.


Canadians like to think we're immune from the financial viruses that stalk the planet. We're not.

Here is a link that will reinforce the point you have made here, Owen: https://www.thestar.com/news/investigations/2018/02/05/ottawa-lent-1-billion-to-a-mining-company-that-allegedly-avoided-nearly-700-million-in-canadian-taxes.html

Thanks for the link, Lorne, It tells the story behind Freeman's reference. And it shows how the game is played.