You Can't Blame The Little Guy 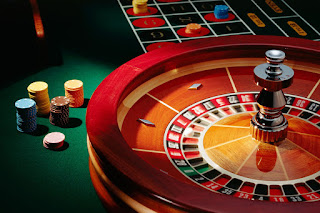 The recent roller coaster ride on the stock market is a reminder, Tom Walkom writes, that the economy is fundamentally unsound. There are several reasons for the shakes and quakes:

First, income inequality persists. It affects not only the developing world but so-called advanced economies, such as Canada and the U.S.

As economist Andrew Jackson has pointed out in the Globe and Mail, census data shows that the gap between Canada’s top 10 per cent and the middle class continues to widen.

This is not just a moral problem. It is a practical one. Economies prosper when the broad middle classes make enough money to buy the goods and services produced. They sputter when those conditions are not met.

Second, wage growth is still low. It’s better than it has been since the recession of 2008 — in large part because, with unemployment dropping, workers have slightly more bargaining power.

But the structural forces that conspire to keep wages down — such as the decline of unions and the growth of precarious work — remain.


But there is a bigger reason which goes directly back to the policy central banks adopted to deal with the Great Recession:

In the years leading up to the recession of 2008, central banks — including the Bank of Canada — focused overwhelmingly on inflation.

When prices threatened to rise too quickly, central banks would signal that they wanted a hike in interest rates. This hike would then lead firms to restrict their business activity and lay off workers.

With unemployment up, wages would be depressed, leading workers to buy fewer goods and services. And that in turn would curb price increases.


When word came out two weeks ago that wages in the United States had risen by 2.9%, the market took a dive. God forbid that workers -- who haven't seen a pay raise in a decade -- should start to get a piece of the action.

You can't blame the little guy if he thinks that what goes on at roulette table is rigged.

Image: ThoughtCo
Posted by Owen Gray at 10:01 am


The neoliberal order does not concern itself with the proles. It assumes that overall prosperity (i.e. GDP) will float all boats, including the leaky dinghies of the blue and white collar classes. There is a thinly veiled element of Social Darwinism and plutocracy in this that is more blatant in some jurisdictions than in others that try to mask it.

We really are living through the rebirth of Social Darwinism, Mound. There wsed to be people who believed that Ayn Rand's Rubbish had been exposed for what it was. But, like Frankenstein's monster, the rubbish has been revitalized.

Some of us were able to recognize the flaws built into the writings of Rand, and Friedman and others pushing their neo-liberal excuses. Some people watched "Wall Street" and recognized Gordon Gecko as the bad guy. Far too many saw Gecko as an hero and Rand and Friedman as visionaries. Are we awake or just opportunists?

Good question, Toby. One thing is certain. If we're asleep we'll miss the damage that opportunists are doing.