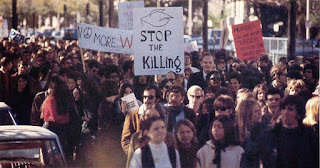 When it comes to gun violence in the United States, Michael Harris gets down to the nitty gritty. Consider, for instance, how much money the NRA has donated to American politicians:

Leave it to the lawmakers they say? Let’s be honest with ourselves for a second: They are too busy getting greased by the National Rifle Association to change America’s insane gun laws. Instead, they pretend to pray and hug and talk about their broken hearts after slaughters like Sandy Hook, Las Vegas, and now Parkland.

But as the New York Times reports, that doesn’t stop them from cashing fat checks from the NRA. Among the top 10 recipients of this gun/blood money: Senator John McCain of Arizona, $7,740,521 from the NRA; Senator Richard Burr of North Carolina, $6,986,620; Senator Marco Rubio of Florida, $3,303,355. Wednesday night, Rubio told survivors of the latest shootings in Florida, in which 17 people died, that he would continue to accept donations from the NRA.


The United States is a culture saturated in violence:

Beyond kids dying in their own schools, violence holds centre stage across a broad array of social activities in the United States that are rarely if ever examined. This is not a one issue fix. There is lots of low hanging fruit for those who don’t want to face it. And there is plenty of blame to go around. But it will take some thinking to get it right.

When will legislators search for a connection between ultra-violent video games and the ease with which an increasing number of individuals, many of them young people, cross the line from ersatz gaming into real life maiming?

Has anyone noticed that America’s favourite sport, NFL football, has become so violent that the league had to enter into a billion dollar legal settlement with players who were brain-damaged by concussive blows to the head playing the “game”? Violence makes for a wonderful spectator sport.


And the adults refuse to do anything about it. If things are going to change, it will take a Children's Crusade -- like the one that put an end to the Vietnam War:

During the calamitous 1960’s and early 1970’s, all political parties in the U.S. conducted, promoted, and expanded the hellish war in Vietnam. It was a political liar’s-fest at the highest levels of government for as long as the men directing the war could get away with it.

After four protesting students were killed by National Guardsmen at Kent State University in 1970 for the high crime of taking part in an anti-war demonstration, young feet hit the street. And with those footsteps, the tide began to turn. Then came the Pentagon Papers and the truth about the war. In concert with an engaged media, the kids and people like Daniel Ellsberg finally put an end to the madness — largely because politicians were held to account for their lies and folly.


Will the kids be able to hold the politicians and the NRA to account? We shall see.

Email ThisBlogThis!Share to TwitterShare to FacebookShare to Pinterest
Labels: The Children's Crusade

With regard to entertainment, Owen, have you noticed the difference between British detective shows and their American counterparts? A British detective is usually modeled after Sherlock Holmes. His or her job is to solve the crime, find the perpetrator and arrest him/her. The American detective show is about good and evil. The detective's job is to locate and destroy evil with all the firepower and pyrotechnics that the budget will permit. It's a rather disturbing message to distribute on a continual basis.

The gun lobby loves to point the finger at movies and video games to sow doubt about the real cause of gun violence. But people around the world are exposed to those just as much as Americans without anywhere near the same death toll.

The root cause of gun violence is not violent video games, movies, mental health or any of the other NRA smokescreens. The root cause is giving men easy access to guns.

I agree, Toby. The modern American detective show is merely an update of the American Western -- where the gun is used to settle disputes.

Perhaps Rick Salutin says it best in his column today, Owen: "When you learn that you live in the best country in the history of the world, it’s a short step to thinking it’s the only one. In either case, why would you bother drawing lessons from lesser peoples?

Thanks for the link, Lorne. Salutin understands the ssituation well. When you believe you live in the best country in the world, "you get a bad education but an American one."

No doubt the NRA is already in the process of establishing a front group the NRA can funnel its contributions to politicians through.

The NRA is expert at greasing palms, rww. They'll find a way to get the money out the door.

I've tried to get to the graphic, Cap, but I can't bring it up. Any suggestions?

That's precisely the point. Thanks Cap.

The only difference between then and now is now there will be no "In concert with an engaged media," because the engaged media is engorged on the blood and guts of all the children dying in American schools as well. Money is indeed the root of all evil , we destroy our children's
and grand children's only home for it , we kill and torture each other for it and commit unspeakable atrocities for something with no intrinsic value. When Amerika builds its new temple ...oops sorry new Embassy in the old city of David we can all go in and worship the beast like he wants us to.

When the American Supreme Court decided that corporations were people and could speak for themselves, Jason, the fix was in.