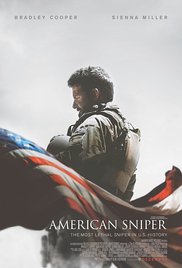 If you had any doubts about Donald Trump's exploding insanity, yesterday should have put them to rest -- because yesterday he floated his solution to school shootings. Amanda Holpuch and Paul Owen report in The Guardian that:

The US president on Wednesday held a listening session at the White House with survivors of last week’s Florida school shooting and others affected by gun violence, telling them “teachers and coaches” who were “very adept at using firearms” could be armed.

“If you had a teacher who was adept at firearms, they could very well end the attack very quickly,” he said.


Think about that for a moment. Trump believes that a designated number of teachers should be qualified marksman -- perhaps snipers. He elaborated on his proposal:

“I never said ‘give teachers guns’ like was stated on Fake News @CNN & @nbc,” he said. “What I said was to look at the possibility of giving ‘concealed guns to gun adept teachers with military or special training experience – only the best.

“Twenty percent of teachers, a lot, would now be able to … immediately fire back if a savage sicko came to a school with bad intentions. Highly trained teachers would also serve as a deterrent to the cowards that do this. Far more assets at much less cost than guards.”

He added: “A ‘gun free’ school is a magnet for bad people. ATTACKS WOULD END! History shows that a school shooting lasts, on average, 3 minutes. It takes police & first responders approximately 5 to 8 minutes to get to site of crime. Highly trained, gun adept, teachers/coaches would solve the problem instantly, before police arrive. GREAT DETERRENT!”


Although he claims to have gone to the best schools, it's painfully obvious that he doesn't know how they work. Armed faculty would -- always -- be a provocation. They would increase the likelihood of violence, not deter it.

In his book, Fire and Fury, Michael Wolf reports that Rupert Murdoch has voiced the opinion that Trump is a "fucking idiot." For once in my life, I find myself agreeing with Murdoch.

Email ThisBlogThis!Share to TwitterShare to FacebookShare to Pinterest
Labels: Trump On School Shootings

Yes, let's embed America's pestilent gun culture in its elementary schools. Then we can have a TV show at a combat firing range where gun-toting teachers would compete at state, regional and finally national levels to see how many bad guys they could take down before they begin to hit cowering students. Dummy targets of course.

A new reality show, Mound. It's sure to be a hit.

Like all the ideas Trump gets from watching Fox, this one's idiotic. Special operators, Secret Service, police tactical units and other "highly trained" individuals go on special courses, typically two to four times a year to achieve and maintain proficiency. These courses normally involve firing upwards of 2,500 rounds a day for 4 or 5 days in various simulated combat situations.

Even people with the best training can't stop a shooter coming out of nowhere. John Hinckley wounded a cop, a Secret Service agent, the president and his press secretary before his revolver ran out of ammo and he surrendered. And Trump expects teachers to do better? Let teachers teach nevermind this nonsense.

.. i must have missed the announcement that noted education exemplar, weapons expert Donald th Trump was holding forth, yet again, with God on His Side. About something

This guy deserves to meet the business end of a Louisville Slugger.. he's so far off base.. he's hit terminal velocity in outer space.. next stop a black hole - except he's already there ahead of himself. We shall see, we shall see. The good news which is grim news, is that high school students are going to take him to the woodshed.. Make no mistake, this won't be pretty.. in fact I predict pretty ugly.. there will be redneck pushback.. nazi aspects (fine people) but school will come out swinging.. and the real people will back their play.

My lovely n wondrous fiancee kept asking me.. Why wait.. why April 20? Oh.. Columbine anniversary.. masterstroke.. In my view this will be the roof ripping off.. the coming of age.. a new America emerging.. and old fat farts booted from the government.. and it will be like a lightning strike... a snapping ripping surge.. an overload.. bing bang clang clang.. (i can barely wait) (how can I help)

I hpoe you're right, sal. One thing is certain. The young are doing a Howard Beale. They're mad as hell and they're not going to take it anymore.