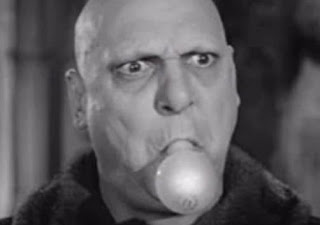 Walter Shapiro writes that the Nunes memo is a 21st Century version of the Piltdown Man:

perhaps the most famous fraud in the history of paleontology [which] combined a 600-year-old skull, an orangutan’s jaw and a chimpanzee’s tooth to feign being the remains of the Missing Link between man and the apes.


The memo suggests that, in 2016, when the FBI applied for a FISA warrant to investigate Carter Page, it neglected to inform the judge that the chief source ot its information was Christopher Steele's memo, which was paid for by Democrats. It does not memetion that the bureau had been monitoring Page since 2013 -- and there was lots of other information about Page -- which had been attained from various other sources.

And, while the memo purports to suggest that this FISA application set off the current attempt to do Trump in, it does admit -- off handedly -- that the FBI's investigation began when another Trump campaign advisor, George Papadopolous, admitted to an Australian diplomat that he knew the Russians had a treasure trove of hacked emails from Hillary Clinton.

These Republicans truly are the gang that can't shoot straight. It is one of history's ironies that they are members of the Intelligence Committee. Shapiro correctly concludes that:

We have reached that alarming moment when right-wing Republicans actually believe the conspiracy theories peddled by the likes of Sean Hannity on Fox News, who claims the memo reveals an “attempted coup” against Donald Trump plotted by the “Deep State”. At least, the original fabricator of the Piltdown man knew that it was all a hoax.


Like, their president, these folks just aren't very bright.

Email ThisBlogThis!Share to TwitterShare to FacebookShare to Pinterest
Labels: The Nunes Memo

While the memo is so transparently empty to people that can think, Owen, the furor arising among the base, who will hear about it on the Fox propaganda channel, will undoubtedly frighten, even more than they already are, the whores (forgive the language) who call themselves Republican Senators and Congressmen/women.

On the subject of whores, Lorne, it's worth remembering that Trump's grandfather made his fortune by founding a chain of whore houses. Management of that kind of activity is in the Trump DNA.


When these events unfold, usually one hot on the heels of the last, I keep asking how much lasting damage will this chicanery inflict on the American people? They're already deeply divided. In some assessments the American public hasn't been this divided since the Civil War. Now we have, not just the White House but Congress also, preying on a large segment of the public's fears, suspicions, anger and every other base instinct. They're dividing the working classes and setting them at each other's throats. What conceivable event, short of a major war, can reunite the American people, restore some measure of social cohesion? This stuff is weakening America, destabilizing it and undermining whatever vestiges of democracy remain.

Owen, 20 years ago could you have imagined this befalling America?

The answer to your question, Mound, is a straightforward No. However, recent events prove that when effective snake oil salesmen come on the scene, throngs of people can make fools of themselves.

" . . . 20 years ago could you have imagined this befalling America?" Yes. If memory serves me at all anymore, Twain, Mencken, Atwood, among others imagined an American dystopia generally framed around conflict between the religious righteous and everyone else. No one said it was going to happen but if it did it would be wrapped in the flag and a bible.

That's what Sinclair Lewis said, too, Toby. Turns out he was right.