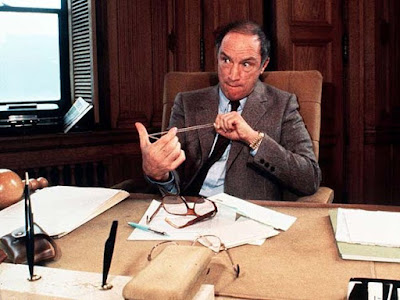 Justin continues to step into it. On Canada's National Day of Reconciliation, he took a holiday. Susan Delacourt writes:

Canada’s first National Day for Truth and Reconciliation was never supposed to be about politicians. Nor was it intended to be a vacation.

It has now become about both, thanks to Justin Trudeau’s puzzlingly ill-timed decision to begin a vacation in Tofino, B.C. — exactly on Canada’s newest day of remembrance. The prime minister, perhaps in that spirit, has handed his critics something they won’t let him forget.

Instead of focusing on truth and reconciliation with Indigenous people, the story has become whether Trudeau’s office told the truth about his Thursday itinerary and how to reconcile surfing plans with solemn reflection.

It is almost impossible see this development in nuance or shades of grey. It was simply a bad idea for the prime minister to mix vacation plans with a day his own government created to show respect for survivors of residential schools.

Moreover, it was sloppy — to put it charitably — for the Prime Minister’s Office to initially declare on the official itinerary that Trudeau was in Ottawa, only to issue a correction about the location after his true whereabouts were made public.

Perhaps it's genetic. Justin does not show his middle finger to the nation. But he displays the same insufferable arrogance his father displayed in office.

Some people have difficulty dealing with intense misery, poverty and squalor caused by decades-long racist government policies; physical abuse (sometimes deadly) from a racist justice system and settler population; the cultural dislocation caused by the suppression of one's relgion and language; the poverty caused by high levels of unemployment due to the racism of the settler society; rage at the theft of lands and the poisoning of lands from fossil fuels pipelines built on their lands against their wishes; and the legacies of appalling things like the residential schools and the high levels of missing and murdered women from their communities.

Other people have to deal with the heartbreak of not having won a majority government.

Justin claims that he feels your pain, thwap. I'm not convinced.

I saw on the news last night that Justin and his family were renting an $18 million house in Tofino. That rich people are not like us is the lesson to be taken from Trudeau's trek, Owen.

In defense of Pierre, at least the finger salute from the back of the train was provoked.

True, PoV. But arrogance was one of his trademarks -- and Justin appears to have inherited that trademark.

So the PM enjoying a national holiday in Tolfina is now a scandal? Good grief, I'm surprised they didn't call it the Pacific Scandal 2.0.

The real scandal is that the oppositon and media want the PM to deliver yet another tedious speech about reconciliation, while saying nothing as his government continues to appeal court decisions that order him to actually help indigenous people.

For Justin Trudeau this is his Melania Trump "I Don't Care Do You" jacket moment. It leads me to believe he won't run again in the next election, whenever that is. The Liberal Party will need to reign him in or they will be punished at that time by the voters. See 1984 or 2006 for reference.

I suspect the last election was Justin's last election, perfect. He'll be too much of a liability the next time around.

certainly wasn't the brightest thing to do. He could just as easily have gone to the Tofino ceremony.

Cap, you do make an excellent point in your last paragraph. All the government does is talk, talk, talk. Its been talked to death, literally. If the government and the non Indigenous people of this country really believe in the Day, then we ought to do something, not continue with your racist attitudes or as you write, continue in the appeal courts. However, I think the Quebec Premier took the cake for ignorant behaviour/comments. It is obvious money is more important to him than the Indigenous People and what happened to children at the residential schools.

It was interesting on the Vancouver news they first covered the P.M. being on a Tofino beach instead of perhaps Kamloops or the Tofino ceremonies. The news then went on to cover how many Canadians, Afghans who worked for Canada, people with out connections to Canada are still stuck in Afghanistan or Pakistan. We see Garneau waxing on about it all, but doing nothing. Its just as disgusting.

right now I'd say the P.M. and his government are an embarrassment. I don't believe his actions are arrogant, they're just stupid. It is his job to show up at events such as this. It is his job to get people into Canada and out of Afganistan. Yes, he's been through a stressful time, but as P.M. you're expected to pull your big person pants on and get with the agenda. Life is tough, start working. the people Trudeau is failing have it a lot tougher than he does. He travels first class, has security, nice place to live, health care, salary, etc. If he doesn't want to attend these events or do the work, let his deputy P.M. take over.

You're right. e.a.f. His behavior was simply stupid -- monumentally stupid.

This sure has JT's one-boy-fanclub blowing a fuze. Six years on, the indignation sounds pretty stale. Poor Justin just can't catch a break... as if. It's positively ghastly don't you know.

Justin will be around for a while, Mound. But I doubt he'll be there for the next go-round. Who knows what will happen to O'Toole and Singh?

.. the hue & cry of mainly partisan bought & sold MainMedia bothers me
not to mention the intensity of Social Media piling in or on

There are calmer heads such as Blackfoot Sharna
who can speak with strength, veracity, indeed eloquently

Kamloops - she points out the local Chief specifically requested
Please no visitors - during COVID outbreak
Yet wonders why Trudeau, family, security, media
Did not arrive..? Yes yes.. sent two invites.. WHEN ?
To whom ? PMO, a Minister, dear Justin ?

Vacation - Toronto Sun with 2019 & 2016 stock photos
of surfer dude in wetsuit bare chested, wedding couple blah blah
Zero word if the now famous ‘vayca’ was a 1.2 day trip
I call that a day trip.. do it visiting The Boss’s mom

Tiny scraps of nothing re who he spoke with or hosted privately
Pre or Post arrival.. I do point out the streets of Tofino are paved
more suitable to posturing skateboarders like Jagmeet Singh
(Yes the guy in the shower) One surfs off Long Beach
It’s a real long paddle, damn cold water, not much return for effort

Meanwhile, O’Toole appears to have run back room deals
with Ford, who promptly Prorogued Ontario during the 4th wave
and mr Wonderful, Jason Kenney.. Open For Summer
& appears to have held off critical bad news, plus any Science or Data

The blackface insults flow again.. I did so twice at Halloween
Of two heroes of mine, Lew Alcindor, Cassius Clay

I voted Liberal despite grave misgivings, sal. My decision was rooted in the situation in our riding. The Conservatives won the riding. I can only hope that Justin turns his attention to the big stuff.

.. If one was to condense succinctly what little is actually known & fact re the ‘vacation’ - pre & post ‘westward ho’ it might comprise a single paragraph with a 2019 photo

This will be a short-term story, sal. But there will be those who remember. Trudeau admires Wilfred Laurier. But he has learned something from MacKenzie King.