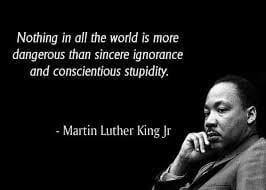 Lauren Boebert is a Republican star. She displays the loud and hypocritical stupidity which is the calling card of the modern Republican Party. Max Boot writes:

Is there a purer, more perfect expression of the Trumpified Republican Party than the press release that Rep. Lauren Boebert (R-Colo.) sent out on Sept. 24?

It demanded that President Biden be removed from office for “colluding with the Taliban.” This was flagrantly hypocritical because in February she criticized Biden for not withdrawing from Afghanistan fast enough — and then in August she praised the Taliban for “building back better.” But what truly made the release so priceless and preposterous was the logo: “IMEACH BIDEN.” Boebert is showing her contempt not just for political norms but for spelling norms, too.

No one should be surprised that Boebert, who has expressed support for the QAnon cult as well as Biden’s impeachment, is a rising star on the right. Former president Donald Trump’s Twitter feed — back when he still had one — was rife with glaring misspellings as well as absurd lies. Some even suspected the misspellings were deliberate — intended to signal his contempt for eggheads who might care about such niceties.

Back in the 1950s, the Republican Party was called "the stupid party." It has now come full circle. Or maybe some of its members are just playing dumb:

[Elise]Stefanik is a Harvard graduate [who] may only be playing dumb to establish her populist bona fides. This is a charade perfected by Sen. John Neely Kennedy (R.-La.), a graduate of Vanderbilt University, Oxford University and the University of Virginia Law School who pretends to be a country bumpkin. But it tells you something significant that even the brightest lights of the GOP feel compelled to act as if they were dim bulbs.

There are Republicans who are genuinely stupid:

Louie Gohmert (R-Tex.) — please. He warns that the Green New Deal, which hasn’t actually passed, is already ushering in an avian apocalypse. Birds that aren’t killed by windmills, he said, are spontaneously combusting while flying over solar panels. He acts as if “flamers” — yes, that’s the term he uses — are actually a big thing. In fact, fossil fuel plants kill many more birds — and people — than solar arrays. Little wonder that, as Gohmert himself admitted, people think he is “the dumbest guy in Congress.”

Hold my dunce cap, says Rep. Marjorie Taylor Greene (R-Ga.). She doesn’t believe in evolution but does believe in Jewish space lasers. Then there’s Rep. Madison Cawthorn (R-N.C.), who tweets that “1984 is a great fiction novel to read.” As opposed to a great nonfiction novel?

Whether genuinely stupid or not, the Republicans proudly ignore the old proverb: "Better to remain silent and be thought a fool than to speak and to remove all doubt."

The great tragedy is that the kind of egregious stupidity outlined in this post has breached national borders, Owen. The infection is spreading.

The disease continues to spread in this country, Lorne. Vaccine deniers are Exhibit A.

You get what you select for, Owen. On first meeting Trump, many have reported being shocked by how ignorant he is. I don't know why this would be shocking, since the last Republican president was blindingly stupid as well. In a party that values stupidity, the stupid rise to the top.

I am increasing reading articles from south of the border, which I used to avoid, for the entertainment value however that so many supposedly intelligent 'leaders' (is that an oxymoron?) spout this kind of nonsense should make us all extremity concerned.
Unfortunately Owen, we here in Canada are not immune from this affliction!

Precisely, Cap. Stupidity has become a Republican secret handshake -- except it's no secret.

Stupidity has become a virus, Rural. There's something in the air. . .

The "know nothing" culture is doing rather well, especially in the United States. It is spreading in Canada also judging by the success Bernier's PPC managed in the election. These aren't political movements so much as they're cults that seem to flourish in tribal settings.

In a country where a party can form government on the strength of 32 per cent of the vote the fringe/tribal voice is more powerful because of the "balance of power" problem.

Andrew Potter writes that we've crashed headlong into the "limits of reason and our capacity to deal with our problems." Some of us find it positively heretical to imagine there could be limits to growth on our entirely finite planet with its overtaxed biosphere. The disenchantment with liberal democracy is propelled by its aberrent illogic. Many come to sense, if not know, that the emperor truly has no clothes. Trump, Orban, Erdogan, even Bolsonaro have exploited that.

We have become increasingly tribal, Mound. Analytical reasoning has been abandoned and collective problem solving is a bridge too far. Worst of all, the problems keep on coming.

Ah, time to pull out a favourite political quote again.
John Stuart Mill: "Not all conservatives are stupid. But most stupid people are conservatives."

However, the Democrats have some contenders. From a decade or so ago Guam may capsize

One gets the impression that many US representatives and senators, mainly but not exclusively Republicans, struggled in their special education classes.

But then, Canada has its stars. Let us not forget the late Myron Thompson MP. Perhaps not in the same class but trying hard are Michel Bernier, Scott Reid and Randy Hillier. Still, none seem as dysfunctional as the US contenders. Perhaps the Canadian media is a bit kinder.