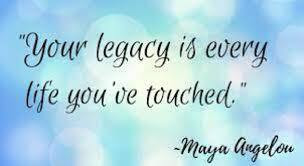 We may be on the cusp of doing something about wealth inequality in Canada. Robin Sears writes:

When even thoughtful American conservative commentators like George Will muse about the need for a new response from his tribe to the risks to democracy of widening wealth inequality; when the wealth of billionaires has increased obscenely from the profits generated by homebound customers in a pandemic; and when even Conservative Leader Erin O’Toole demands that the rich pay their fair share, you know that the political wheel on equality has begun to turn in a surprising new direction.

Pollsters have discovered Canadians are most troubled by the unaffordability of the basics in their lives, so taking steps to halt the widening wealth gap is becoming hard to duck. The situation risks turning explosive for governments seen as failing to respond. This is the potential nightmare facing the new Trudeau government, as moving from frivolities like their tax on yachts to a serious effort to tax wealth will be a large and uncomfortable step for the Liberals. They have become the party of rich Canadians to a degree that was unimaginable only a few decades ago.

Canadians who have struggled through the pandemic appear to be in a mood somewhat like voters post WWII, when British voters clobbered Winston Churchill and Americans improbably chose Harry Truman’s reform agenda. Yes, Canadians chose William Lyon Mackenzie King again in 1945, but resisting change and risk aversion is our core DNA. Today, Canadians may be ready to demand more. The two out of three Canadians who voted against Justin Trudeau are a formidable majority.

Neo-liberalism has been exposed as snake oil:

Trickle-down tax-cut fairy tales have been resoundingly debunked. Giving corporations more money for investment in innovation turned into executive bonuses, share buybacks and higher dividends, not investment in research. Most Canadians may not know the details of how the rich keep getting richer, but they see it around them in explosive housing prices, and in the vulgar displays of wealthy teenagers street racing Ferraris on late-night highways.

Even Canadians who believe that hard work fairly leads to personal prosperity might be surprised to know that of the 10 richest Canadian families, only one got there through their own effort. What their birth bequeathed them, in large inheritances, was the foundation of the wealth of the other nine. As Thomas Piketty, the brilliant French economist who has focused a searing spotlight on the sources and drivers of inequality has often demonstrated, if you want to die very rich, the only guaranteed path is to be born or marry into it.

First, one may reasonably assume that Michael Sabia and the Finance Department defenders of the status quo will be implacable in opposing any effort to seriously tackle wealth inequality. Second, they and the usual media suspects will roll out their same tired fear mongering about fair taxation: the rich will move to Bermuda, innovators will flee Canada, Canada will become a pariah for foreign investment. Except that Joe Biden is close to winning a major battle on taxing the rich, so those claims will immediately lose much of their credibility overnight.

Trudeau will try to use a more serious commitment to child care, and perhaps an accelerated implementation of real pharmacare, as proof of his progressive credentials. But it will be how be manages wealth inequality — and its policy twin “affordability” — that will be his real test. His opportunity to turn his near humiliation in this campaign into proof of his authenticity as a somewhat progressive prime minister will rest on it. The next two years are the “legacy building” chapter of his political career.

My hunch is that Justin won't run again. Will he do as his father did in his last government? Will he do the big important stuff?

JT will fold on doing anything of substance to fix wealth inequality, just like he folded on his earlier pharmacare promise. Once the lobbyists show up threatening dire consequences, he drops the idea. And any initiatives to raise corporate taxes, taxes on the wealthy or to break up monopolies will attract lobbyists faster than flies to a fresh cow flop. As they say, the best predictor of future performance is part performance, and Trudeau has a long history of catering to wealthy interests.

That would be very disappointing, Cap -- but quite possible.

It would indeed, Owen. But if this is Trudeau's last term as PM, he's got to think about his future. He and his family are used to living in style and vacationing with the rich and famous. Do you really see him going back to teaching?

"Will he do the big important stuff?"

Problem is, he doesn't seem to have a clue what is important.

Voting reform was the biggest thing he could have done.

Ironically - letting a private sector pipeline project fail (ie do nothing) was the second biggest thing (as part of a realistic response to our climate crisis.)

Yes, perhaps father and son appear to share an arrogant streak until you really consider the definition of the word.
"having or revealing an exaggerated sense of one's own importance or abilities."

I never saw Justin as an in-it-for-the-long-haul teacher, Cap.

What makes these ridiculous tax cut trickle down fairy tales even more baffling, are the treasure trove of document leaks in what was Panama and now Pandora, show exactly how little tax the super rich pay. Not a thing will come of it because those in charge of making the desperate change, benefit largely from "hiding" their money. Now, if the rest of us could only figure out a way, but our hands are tied because we don't even see that portion of our money that is withheld every pay day. How stupid we are to continue living like that . BC Waterboy

Those of us who have taxes deducted from our cheques don't have the kind of money it takes to buy a government, waterboy.