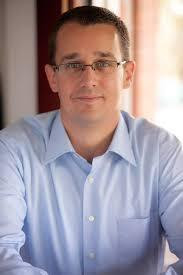 Belatedly, after long belittling labour unions, Doug Ford’s Tories have rediscovered the power of a workforce unleashed — just in time for the coming provincial election.

Leading the way is Labour Minister Monte McNaughton. This week, he unveiled a flurry of legislative protections for working people, not least for new immigrants whose professional credentials are too often ignored.

But Doug Ford -- a master of self-sabotage -- screwed things up:

Getting in the way was the premier, whose penchant for putting his foot in his mouth keeps dragging down his government. On Monday, Ford lapsed into gratuitous tropes about foreigners coveting “the dole” in Canada — generating enough negative coverage to gum up McNaughton’s carefully planned rollout.

McNaughton could really improve working conditions for many Ontarians:

McNaughton’s actions could be of lasting benefit to immigrant workers who have endured the painful humiliation of employers and regulators dismissing their foreign experience. As revealed by my Toronto Star colleague Nicholas Keung, new legislation would compel provincial regulatory bodies to recognize the credentials of the workers they oversee, from architects and teachers to plumbers and electricians.

Politicians have long bemoaned the fate of talented immigrants reduced to driving taxis or delivering pizzas. Lest anyone devalue those drivers on the front lines, they too are getting an assist from McNaughton, who will enshrine their rights to use the facilities where they do deliveries.

The problem is that -- whatever McNaughton says -- Ford has contempt for ordinary workers. And he has a record to prove it:

This is the government that rolled back the comprehensive labour reforms of the previous Liberal government — from paid sick days to a $15 minimum wage and protections for precarious workers. In fairness to McNaughton, those weren’t his decisions, and he resolved to clean up the inherited mess before it was too late.

How will this end? We'll see.

The wolf in sheep's clothing is never hidden for long, Owen. I hope voters remember that when we go to the polls in June.

I read about some other announcement a few days ago. Something about protecting temporary workers maybe. It sounded good from the mainstream news source that I was reading. But the fact that it was coming from the PC's made me immediately think: "What's the catch?"

Ford always steps in it, Lorne. The make-over never lasts for long.

When you run across an official notice from the PC's, thwap, that's the first question any citizen of Ontario should ask.

Haven't Liberals become known for campaigning from the left and governing from the right? If that sleight of hand works for the Libs, can Dougie be blamed for giving it a try? Unlike some of his rivals he might just be tapping into a lot of simmering discontent among the plebians. Buck-a-Beer forever!

So we're pretending McNaughton is independently running his ministry and that the guy he reports to cocked up this wonderful new initiative? I see a few problems with this scenario.

One, the PCs never were and never will be on the side of labour or immigrants. Two, the proposed bill would only prevent professional regulatory bodies from mandating a Canadian work requirement for accreditation. It wouldn't stop employers from screening out foreign-trained workers lacking Canadian experience, which is exceedingly common. Finally, I note that lawyers and doctors aren't on the list, so the Tories are trying to avoid conflict with the more politically savvy professions.

It looks to me like Ford is facing pressure from big business to drive down professional wages. But he still has to keep the racists voting for him so he reaches for the old welfare queen trope. Same old Con shuck and jive.

That may well be true, Mound -- except Doug still has a talent for saying the wrong thing.

I truly feel for people who are labeled “not qualified” to work in Canada due to foreign training. Not only that, our own people who have degrees and other training from other Provinces, cannot use their provincial teaching certificate or other qualifications in other provinces except for the Province of Newfoundland & Labrador. People are supposed to go back for further training. I decided to go overseas to teach.
Anyong