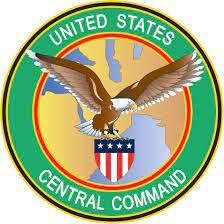 Most Americans now see the Afghan War as a mistake. But the real mistake, Andrew Bacevich writes, goes back much further than Afghanistan. It goes back to Ronald Reagan, who set up a system of centralized military commands. CENTCOM was supposed to keep the Middle East in line:

Someday, probably decades from now, an ambitious historian will publish a critical history of U.S. Central Command during this era. It will be a big book and it will tell an important tale. One thing is certain, however. Whatever that author decides to title her book, it won’t contain the phrase “Security and Stability.” That it may contain some reference to “Decline and Fall” is a distinct possibility. After all, CENTCOM is where the American empire began to come undone.

Since its creation, 14 generals and admirals have presided over CENTCOM, 10 of them since 9/11, with General McKenzie’s appointment dating to March 2019. I have no doubt whatsoever that each of these officers — intelligent, hardworking, and patriotic — did his level best to accomplish CENTCOM’s mission. With a single exception, not one of them came anywhere close.

That exception proved the rule: General H. Norman Schwarzkopf, who commanded CENTCOM during the Gulf War of 1991. As soon as the shooting in that brief campaign stopped, Schwarzkopf wasted no time in stepping down and putting in his retirement papers. The decision proved to be a shrewd one. He thereby dodged the messy aftermath that transformed Operation Desert Storm into something other than the decisive victory it initially appeared to be.

CENTCOM was intended to be the muscle behind the American Empire in the Middle East. But it all went horribly wrong:

Painful as it may be for former CENTCOM commanders to admit, the organization’s very existence has coincided with an almost staggering deterioration in regional security and stability throughout the Greater Middle East. The mortifying collapse of the U.S. war effort in Afghanistan 20 years after it began has only served to emphasize the point. Whether things have gone badly due to or in spite of U.S. efforts may be debatable. Nonetheless, whatever Washington’s intentions or those of the Pentagon, the situation in the CENTCOM AOR has become radically more precarious since 1983.

Indeed, CENTCOM is to Pentagon combatant commands what Ford’s 1950s “car of the future,” the Edsel, was to automobiles. Can there be any question that if CENTCOM were a profit-oriented enterprise, it would have gone belly up long ago?

Retire the logo and the patch. Bequeath the motto — “Persistent Excellence” — to some other federal agency (the Postal Service?) desperately in need of inspiration. Send the command’s collection of plaques, trophies, and other tchotchkes to the National Archives to be catalogued, warehoused, and forgotten. Convert CENTCOM’s headquarters complex, located in Tampa, Florida, several time zones away from the AOR, into something of more immediate use — perhaps a facility to assess worsening regional weather patterns.

The Edsel was supposed to be the car of the future. We do not miss the Edsel. The world will not mourn the death of CENTCOM.

" I have no doubt whatsoever that each of these officers — intelligent, hardworking, and patriotic"

"“The goal is an endless war, not a successful war”

War is a big profit maker for some, PoV.


This brings to mind the fiasco over the establishment of Africom in 2007. Just a decade earlier the Pentagon dismissed Africa as holding no strategic value. They did a 180 after China began making inroads in the Dark Continent.

Africom was created but couldn't find a single African nation to host its command center save for Liberia. No one else would touch it and so the HQ was established in Germany. Eventually Africom set up shop in a rundown area of Djibouti right next door to a Chinese military installation.

That provides some much-needed context, Mound. Centcom is headquartered in Florida.

Eventually Africom set up shop in a rundown area of Djibouti

Is that the main HQ or a forward command? For some reason I thought Africom was based, conveniently in Germany. Similar, as Owen points out, to Centcom HQ'ed in Florida with the forward HQ in Qatar.

The security situation in parts of Africa (eg. Mali) is not good. Africom is succeeding.

Florida allows them to experience failed government without the expense of being in the Middle East.

There seems to be a conviction that it is easy to manage things from a distance, jrk. That notion does not hold up very well.

Since Reagan, Cap, the Americans have believed they can do things on the cheap.