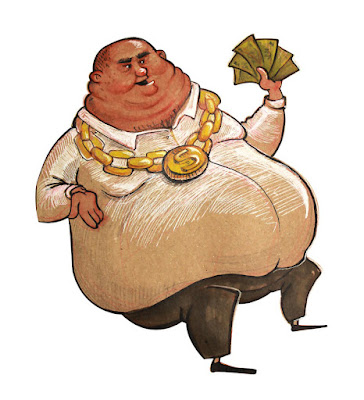 Catherine Rempel writes that the Republican Party is rebranding itself:

Once upon a time, Republicans portrayed themselves as the party of small government and family values. Recently, though, GOP leaders have been cobbling together a new coalition, welcoming insurrectionists, white-nationalist tiki-torchers and people who think Bill Gates is trying to microchip them.

Now they're welcoming tax cheats into their tent:

Here’s the backstory. Each year, about $600 billion in taxes legally owed are not paid. For scale, that’s roughly equal to all federal income taxes paid by the lowest-earning 90 percent of taxpayers, according to Treasury Department data.

To be clear, rank-and-file wage-earners are not necessarily more honest or patriotic. It’s just much harder for them to shortchange Uncle Sam.

Working stiffs have taxes deducted from their biweekly or monthly cheques:

And, critically, most labor-related income — as well as income from dividends, interest and other sources — gets reported to the Internal Revenue Service through W-2s, 1099s and other common tax documents.

But the wealthy operate differently:

There are some types of income, however, for which little or no third-party reporting exists. These income categories — including partnership, proprietorship and rental income — accrue disproportionately to high earners. The government has much less ability to tell when these filers are misreporting; as a result, they can more easily get away with cheating.

This is evident from IRS data on “voluntary compliance,” or how accurately people report their income and tax liabilities without the government having to come after them. When it comes to ordinary wage and salary income, taxpayers are remarkably forthcoming, with noncompliance averaging only 1 percent; for those more “opaque” income sources, noncompliance is an estimated 55 percent.

Not all high-income people (or people with rental or partnership or other “opaque” income) are cheating, of course. A more effective response would involve more of that third-party reporting so the IRS has greater visibility into who’s likely fudging their numbers. Then the agency could better target its audit decisions.

More reporting would also deter would-be tax cheats from fudging in the first place, because they’d know they’re more likely to get caught.

This solution is exactly what Democrats have proposed as part of their big budget bill.

But guess who's opposed to that -- and who's supporting Republicans? The rich don't get rich by helping poor people.

As Leona Helmsley said, "We don't pay taxes. Only the little people pay taxes." Of course, she went to jail for not paying taxes, but that was before budget cuts hobbled investigations into high-fliers. Still, true to form, Leona served only 19 months of a 16-year sentence. The rich really aren't like you and me.

If you have enough money, Cap, you can buy more than things. You can buy people.

These countries never had the tax base the of France/Germany and other North European nations. Even their modest tax regimes were scammed by the wealthy who have never 'paid their share'.

Hence their ongoing challenges (failures?) inside the Euro.

Now the rest of the west is running in their direction - in a race to the bottom. The USA is winning this one.

They'll happily use the infrastructure, PoV. But they want a free ride.

John McCain and Democrat Russ Feingold knew that Congress would never be free of this corruption without campaign finance reform to break the hold of corporations and the wealthy over the House and Senate. They were right then. They're right now.

"There can be no effective control of corporations while their political activity remains. To put an end to it will be neither a short nor an easy task, but it can be done.

"It is necessary that laws should be passed to prohibit the use of corporate funds directly or indirectly for political purposes; it is still more necessary that such laws should be thoroughly enforced. Corporate expenditures for political purposes, and especially such expenditures by public-service corporations, have supplied one of the principal sources of corruption in our political affairs. ...The duty of Congress is to provide a method by which the interest of the whole people shall be all that receives consideration."

Teddy was a Republican president, Mound. Oh, how his party has changed.

With Elon Musk set to become the worlds first Trillionaire Democracy ,for what's it's worth, is in the toilet!
Perhaps the only way to counter the super rich is to have a benevolent dictatorship ?

Seems to me that's what the super-rich want, TB.