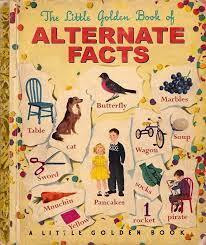 In the wake of the federal election, Michael Harris writes that the Conservatives are choosing to deny reality:

Everyone knew that the old Harper formula for winning a federal election—splitting the vote on the left and appealing to suburban voters with tax cuts, etc.,—was impossible to employ in the COVID-crisis. Harper’s Tim Hortons politics was staler than yesterday’s Timbits. But Canadians did not buy O’Toole’s adjustment—a progressive conversion on the road to the election.

O'Toole tried to drag his party to the centre. But voters simply weren't buying his rhetoric:

Voters remembered the other Erin O’Toole, the one who sat in Stephen Harper’s cabinet, where he played the social conservative true-believer with the best of them at every vote. And at the time, they were a pretty right-wing group, with members like Pierre Poilievre, Jason Kenney, and Rob Nicholson sitting around the table.

Voters remembered the Erin O’Toole who sounded a lot like a Harper Kool-Aid drinker when he needed the support of the party’s base to become leader. It was not accidental that this Ontario dude kicked off his leadership bid in the Mecca of social conservatism, Calgary. That was CPC virtue-signalling at its best.

The party is now trying to change the face of the leader. But, after three defeats, you'd think they would cotton on to the fact the problem is the party -- not the leader.

But like their cousins south of the border, Canada's Conservatives operate on their own set of alternative facts.

Since they cannot successfully recast themselves to anyone's satisfaction, Owen, I do wonder if the Conservatives will double down on appealing to their base with a polarizing figure like Pierre Poilievre as their next leader. After all, to a certain faction, he has all the qualities they have liked in their recent incarnations: he is aggrieved, pugnacious and polarizing.

I wouldn't be surprised if they chose Polievre, Lorne. He seems to be where most of the Conservatives are. But he's not where the country is.

One reason the Conservative Party isn't winning elections is because not even Conservatives can think of a single positive thing they accomplished when last in power.

The Tar Sands are a bust. Afghanistan was a waste. The deficit exploded. Railway de-regulation had deadly consequences. The Temporary Foreign Workers Program was abused. In his stupid book (Right Here/Right Now) stupid stephen harper admits that his neo-liberal policies have failed ordinary Canadians. But like the lying grifter that he is, he tries to pin the blame on China and immigrants.

So nice to see Michael Harris get gig w Hill Times. I suspect his income just improved and he is an important voice - one of very few - that needs to be heard by many.

As for those CONs ... another headlines from the Hill is chillin'

perhaps it's those numbers keeping the guillotine at bay?

After all it was Scheer's personable baggage that killed him off not the policy chimera that all modern CONs must employ.

It's no record to tout proudly, thwap. All they're left with is grievance.

They came close, PoV. The future depends on how many Canadians are willing to buy a pig in a poke.

The Cons would be well advised to look beyond former Harper stooges if they hope to regain power. Harper was a control freak who surrounded himself with yes-men. We all remember how they regularly debased themselves for him and can't believe a word any of them says.

I doubt Poilievre will take another run at the leadership. Last time, he was a favourite to win. John Baird was his campaign chair and Jenni Byrne was his campaign advisor, both former stars under Harper. Then PP suddenly withdrew "to spend more time with family." There's more to that than we were told. A few years later, O'Toole sacked him from his senior position as finance critic, no reason given. That surely indicates that Poilievre's support within the party is weak, despite his popularity with the mouth breathers at Rebel Media.

I think the next Con leader will be an outsider. Harper and his toadies have lost three in a row now. It's time for a new approach.

I'm not sure I agree with Harris when he says voters remembered O'Toole in Harper's cabinet. I'd bet there were damned few voters who had any memory of Captain Bland before he rose to the Tory leadership.

When it came to the divide and conquer strategy, Harper couldn't compare with Chretien. Ah, the good old days when you didn't even have to pit the PCs against the Reform/Alliance hooligans. They did that all on their own leaving Chretien to push on an open door.

Harper didn't split the left. That was Jack Layton's doing.

I agree that it's time for a new approach, Cap. But I'm not sure the Cons see it that way.

I agree with your conclusion that Layton split the left, Mound -- mainly because he won big in Quebec. Regardless of party, native sons do well in la belle province.