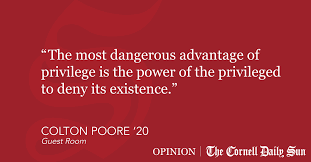 Conservatives are arguing against a vaccine mandate for members of Parliament. Susan Delacourt writes:

The federal Conservatives have picked a strange time to abandon populism.

Who would have thought that COVID-19 vaccinations would turn some members of the opposition into unapologetic elitists, claiming their elected status exempts them from a duty to public health?

This is the odd turn emerging in the debate over whether the House of Commons needs to be a mandatory-vaccination zone — an idea that keeps running into backlash from members of Her Majesty’s Loyal Opposition.

Like their cousins south of the border, the Conservatives claim that personal freedom trumps public health:

“I know it’s kind of quaint — archaic, maybe — to talk about parliamentary privilege during a pandemic, but it’s been upheld through many crises,” Conservative MP Mark Strahl told the Star last week. “We’d better be very, very careful that we don’t cavalierly toss it aside.”

What Strahl and other MPs are apparently arguing is that they have more rights to refuse COVID-19 vaccinations than others, even their own staffers on Parliament Hill — the perks of power, if you like.

In any other context, an MP’s refusal to comply with public orders or even guidelines would be seen by the general public as a remarkable act of nerve. Being an MP doesn’t mean you get waved through security at the airport without baggage checks, for instance. “Don’t you know who I am?” is not a reputation-enhancing phrase for any MP in the current climate.

If anything, in fact, MPs are scrutinized even more than ordinary citizens these days, to make sure they haven’t lost touch with the citizens they represent.

When are we going to finally realize that the Conservatives stand for privilege, not the people? They are showing their true colours.

Email ThisBlogThis!Share to TwitterShare to FacebookShare to Pinterest
Labels: Conservative Opposition To Vaccinations

Cons are determined to avoid accountability for endangering others. I wonder how many MPs will show up waiving medical exemptions. That's been an issue in the Ontario legislature, where two PC MPPs have claimed medical exemptions from vaccination, a rate experts say is higher than statistically expected. But privilege means you can lean on your doc to write you note so you can go about your business of not caring for others.

Maggie Thatcher gave them their prime directive over forty years ago, Cap. She said, "There is no such thing as society."

The Libs should be delighted that the Cons are putting themselves on the wrong side of a massive majority of Canadian voters. Their intransigence has them making kin with the lunatic fringe, the conspiracy theorists at the very time they need to expand their base into secular, urban Canada.

Eventually they'll discover that hissing sound in their shorts is a fuse.

I must be getting really old, Mound. I increasingly have little patience for this kind of stupidity.

Well, Owen, you better find some coping mechanism because there's no end of stupidity on the horizon. I'm just wading through the National Intelligence Estimates on the climate emergency and it suggests we'll reject consensus and go at each other like feral beasts even if it means inflicting loss and suffering on ourselves.

The global economy, like the effort to avert the worst of the climate emergency, depend on a high level of stability across the community of nations yet we appear to be heading in the opposite direction.

As the years go bye-bye , the more, more and more people want governments to be dictatorial so they have some thing to use in their own defence. My whole family is of that ilk…. Cons…..and knowing my father fought from 1939 till 1945 makes my stomach turn. Anyong

I won't see the chaos, Mound. But our children will. That prospect terrifies me.

It's easy to slide into tyranny, Anyong. There is a long historical record of that.