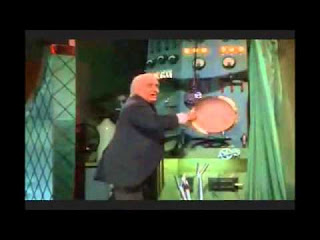 Some people believe that Stephen Harper has left the building. Michael Harris writes that they're wrong:

The Conservative Party continues to be haunted by the spectre of Harper, who led them to three national victories on the improbable basis of his northern Republican policies. Even though Harper was trounced by Justin Trudeau in 2015, he has never really released his grip on the party he built.


The Conservative Party of Canada is still Harper's Party. Need proof? Consider the way people deemed troublesome are sent to the dustbin:

In the wake of his defeat, Scheer had vowed to fight to keep his job — until leaks from Conservative party sources revealed the party was subsidizing his children’s private school fees. Never mind that the party’s executive director, Dustin Van Vugt, had approved the expenditures. It was off with his head, too. The party ordered a forensic audit on the guy it was pushing for prime minister just a few short months earlier — honest, affable, trustworthy Andy.

It’s not clear who leaked the damaging information, known only to relatively few in the party.

But reports — again based on anonymous sources — quickly emerged that Harper was “furious” about the expenses.


And, of course. there are the sagas of Mike Duffy, Helena Guergis and Rahim Jaffer:

Leaks from unnamed senior Conservative party sources portrayed Senator Mike Duffy as a scoundrel living off a fat public expense account, who then took a $90,000 cheque from Harper’s chief-of-staff to put things right that were never wrong. Duffy was tossed out of caucus and faced 31 criminal charges. The Crown failed to win a single conviction.

And Duffy wasn’t the only one to feel the wrath of Steve. Information sent directly to the RCMP from Harper’s PMO in 2010 triggered a major criminal investigation into former Conservative cabinet minister Helena Guergis and her husband Rahim Jaffer. Harper kicked Guergis out of caucus, effectively ending her political career. And, lastly, look at the people lining up to replace Scheer -- Pierre Polievre, Rona Ambrose and Peter Mackay:

The trouble with Skippy, and former colleagues like Rona Ambrose and Peter MacKay, is that they are zombie relics of the Harper past. They are all former ministers who served a government that hated the press, suffocated the flow of government information, walked away from the Kyoto Accord, stifled scientists, sucked up to the energy industry and ran up the national debt over 10 years while professing to be fiscal conservatives. They all sat around the Harper cabinet table like bobbleheads.


Harper is still the man behind the curtain.

Email ThisBlogThis!Share to TwitterShare to FacebookShare to Pinterest
Labels: The Conservative Party

There's no question that Harper remains the puppeteer. Scheer won the leadership under dubious circumstances, when support allegedly shifted away from Bernier, a man Harper had fired from cabinet. I say allegedly because the ballots were destroyed before a recount could be held.

And while we don't know who revealed that the party was subsidizing the private schooling of Scheer's kids, we do know that former Harper operatives Kory Teneycke and Jenni Byrne were calling for Scheer's head after the election. We also know that Harper loyalist John Baird is supposed to be simultaneously analyzing the party's defeat while running the campaign of Harper barking seal PP.

So while I doubt that Steve will run again, he seems to have taking on the same role that Putin had when Medvedev was in power - de facto decision maker.

And Steve has boasted that, if he so chose, he could still be the leader of the party, Cap. He will not go quietly into that good night.

.. Bravo, Michael Harris !! One of the few actual journalists in Canada eh.. with the cajones to rip back the flimsy Harper curtain.. or look in The Conservative Caucus Broom Closet.

Not to worry. Canada could have been subjected to weenie wagging Tony Clement in Stormaway, if not for well, uh, Tony's weenie - In no particular other order of merit there is still - Rona Ambrose, unforgettable for whining about Trudeau & the Aga Khan's free chopper ride to Fantasy Island, while she was basking on a mega yacht deck of one of Canada's richest Bitumen Barons for free, in the same Caribbean and at the very same time. And there's Pierre Poilievre the master of slippery sleight of hand 'Electoral Reform' voter chokeholds when majority government is dealing the cards. And uh oh, sack of hammers Peter McKay, shining knight of F-35 actual cost fumbling and Afghanistan deceit & a veteran of uh.. prorogues. Who else is left ? Some nonentity like O'Toole ? Jean Charest ? Galahad of Alberta Jason Kenney to the rescue ? Bailing out on the Alberta Dis-Advantage and losing to Trudeau would be a cringeworthy drama queen motion picture worth seeing ! One could title it 'Just Visiting' The Kenney Christo Crusade ! Some wags mention Christy Clark.. without giggling ! And please, can nobody please mention Doug Ford.. who is tied up reinventing Ontario

The Harper broom closet is empty.. but no worries.. its expected a heroine named Marilyn Gladu is rounding up rhe dinero.. and the 3,000 CPC members to sign a note from her mommy.. so she can miss school and campaign.. Stornoway is up for grabs via a musical chairs 'Leader' rodeo.. and the one credible coherent candidate likely won't want to be insulted again - and that's Michael Chong.. after all, its a fool's game anyway.. and he knows it, he's been there, done it, got the t-shirt too

If the Conservatives werr wise, sal, they'd talk Chong into the job. But wisdom is rare among the Harperites.

.. several recent news articles.. quote misc 'conservative' Party backroom operators regarding Pierre Polievre.. 'his gravitas may be just what the CPC needs' and the idea that 'among the leadership heavyweights'.. blah blah.. Twitter also reveals those pimping Poilievre.. and it also seems he's the pick of the litter in the eyes of social gadabout John Baird. A recent 'fireside chat' from the sumptuous home of Skippy was well produced video smarm, carefully edited, excellent lighting.

When will a credible capable journalist or two shine a light on this vile man's backtrail ? His entire political career he has ben privy to a veritable pipeline of highly confidential inside information. So if he is a multimillionaire how to explain the extreme wealth ? His wealth mangement advisor and his portfolio brokers are prescient ? Certainly Harper won't publically endorse him pre 'leadership' campaign, but that never stopped Harper's back channell communication systems.. so who knows what message is being sent to the Larty faithful ?

Meanwhile Harper is holding forth on 'regime change needed in Iran' for middle east stability.. that's code for military intervention and/or insurrection. Poilievre is an old school Reform, Northern Alliance, monarchist.. now digging for his 'western' heritage.. and claiming some western First Nation ancestry. As a so called 'Conservative' (with gravitas) he could win the prairie provinces (but then so could a 'conservative' dung beetle) as well as many eastern riding seats (its the 'vote the party' syndrome) BC.. ie 'the real west.. I dunno if he could win a single riding. Be interesting to see the Party members who sign his candidacy form plus who votes for him. He seems equally or even more flawed than Andrew Scheer. Time will tell

(side note) I see signs the Mound of Sound's excellent blog has been compromised via evidence in the comments section. Lorne mentioned a similar situation a few weeks back & posted a link for him. Also no very recent posts. Hope to see more from him soon & that all is OK with that blogging exemplar. My public exposure is probably .001 of his or any prolific Indy blogger. Yet I have been called a defamer, a mysogynist, a coward, an ignoramus.. via Twitter or comments.. the worst possibly was being called 'anonymous', though it is true.. but being called 'a partisan' really stung.. haha. Last I heard from Mound, the extreme BC weather was mainly manifesting as extensive rain in his locale, though I note high winds and power disruption, ferry cancellations etc etc

The Mound is fearless, sal. He will not be silenced.