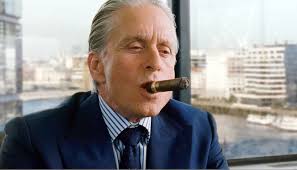 One can only surmise that Mnuchin slept through his undergraduate economics classes. Otherwise he would know that every, and I mean every, major Econ 101 textbook argues for government regulation or taxation of activities that pollute the environment, because otherwise neither producers nor consumers have an incentive to take the damage inflicted by this pollution into account.

And burning fossil fuels is a huge source of environmental damage, not just from climate change but also from local air pollution, which is a major health hazard we don’t do nearly enough to limit.

The International Monetary Fund makes regular estimates of worldwide subsidies to fossil fuels — subsidies that partly take the form of tax breaks and outright cash grants, but mainly involve not holding the industry accountable for the indirect costs it imposes. In 2017 it put these subsidies at $5.2 trillion; yes, that’s trillion with a “T.” For the U.S., the subsidies amounted to $649 billion, which is about $3 million for every worker employed in the extraction of coal, oil and gas.

Without these subsidies, it’s hard to imagine that anyone would still be investing in fossil fuels.


But, even though investing in fossil fuels doesn't  make economic sense, the fossil fuel industry still calls the shots. Why? Krugman says it comes down to one word -- greed:

The bigger issue, however, is sheer greed.

Given the scale of subsidies we give to fossil fuels, the industry as a whole should be regarded as a gigantic grift. It makes money by ripping off everyone else, to some extent through direct taxpayer subsidies, to a greater extent by shunting the true costs of its operations off onto innocent bystanders.

And let’s be clear: Many of those “costs” take the form of sickness and death, because that’s what local air pollution causes. Other costs take the form of “natural” disasters like the burning of Australia, which increasingly bear the signature of climate change.

In a sane world we’d be trying to shut this grift down. But the grifters — which overwhelmingly means corporations and investors, since little of that $3-million-per-worker subsidy trickles down to the workers themselves — have bought themselves a lot of political influence.

Image: birchbox.com
Posted by Owen Gray at 9:27 am

Never mind economics. Greta needs to get certified just as Steve did as a specialist in Sustainable Graft. The school that he attended specializes in Granny Foreclosures, but they have a couple of two-credit courses where she can learn all about externalization of costs.

Mnuchin knows, John, that it's always better when someone else pays.